Files show how US agreed to Israel's nuclear program

The files that were made public by the Interagency Security Classification Appeals Panel (ISCAP) shows how American delegates agreed to Israel's refusal to sign the Non-Proliferation Treaty. 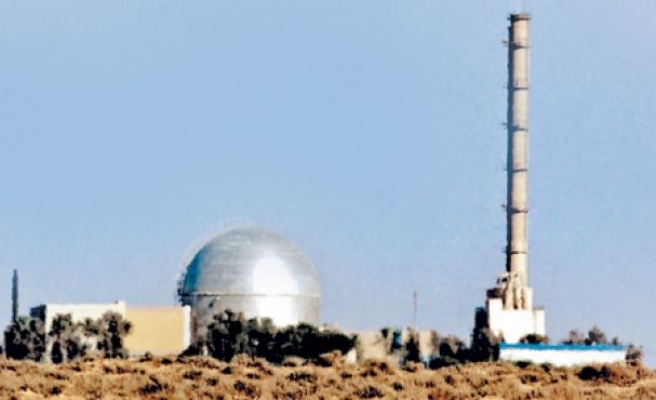 Declassified documents from 45 years ago have revealed how cabinet secretaries and senior advisers to the then US president Richard Nixon withdrew from a plan to block Israeli nuclearization ahead of a meeting with then Israeli Prime Minister Golda Meir at the White House in September 1969.

The files, that were made public by the Interagency Security Classification Appeals Panel (ISCAP), not only shows how American delegates agreed to Israel's refusal to sign the Non-Proliferation Treaty, but also how they came to terms with allowing Israel to refuse an American inspection of the Dimona nuclear facility and a deal which would have seen the delivery of strategic ground-to-ground Jericho missiles to Israel in exchange for their signing of the treaty.

Although the details of Nixon's meeting with Meir remain classified, the declassified files state that officials had on the eve of the talks advised Nixon to show restraint with regard to the Israeli nuclear program, and to abandon efforts to get Israel to cease acquiring 500-kilometer-range missiles with one-ton warheads developed in the Marcel Dassault factory in France, if it could reach an agreement with Israel on these points, the daily Haaretz reported.

A document written by senior officials in the Nixon administration in a working group led by National Security Advisor Henry Kissinger discusses the Israeli “NSSM 40”nuclear weapons program in which Nixon directed Kissinger to put together a panel of experts, headed by Assistant Secretary of State Joseph Sisco, who would submit their intelligence reports on Israel’s progress toward nuclear arms and to present policy alternatives.

Sisco’s assistant, Rodger Davies wrote regarding Israel's nuclear progress that the determination to safeguard the Jewish people “makes it probable that Israel would desire to maintain the ultimate weapon at hand should its security again be seriously threatened.”

“Israel wants nuclear weapons, for two reasons: First, to deter the Arabs from striking Israel; and second, if deterrence fails and Israel were about to be overrun, to destroy the Arabs in a nuclear Armageddon,” the files stated.

According to Haaretz, Sisco and his advisers worried that a threat to cut off arms supplies “could build military and psychological pressures within Israel to move rapidly to the very sophisticated weaponry we are trying to avoid.”
The documents also stated fears that the nuclearization of Israel could also prompt Arab neighbors to also develop their own nuclear weapons via private contracts with scientists and engineers in Europe or even hit Israel's Dimona facilities with a ‘kamikaze’ strike.

However, Davies concluded that the lesser evil would be to agree for Israel to “retain its ‘technical option’” to produce nuclear weapons, saying “If the Israelis show a disposition to meet us on the nuclear issue but are adamant on the Jericho missiles, we can drop back to a position of insisting on non-deployment of missiles and an undertaking by the Israelis to keep any further production secret.”