Safe return after kidnapping thanks to army rescue 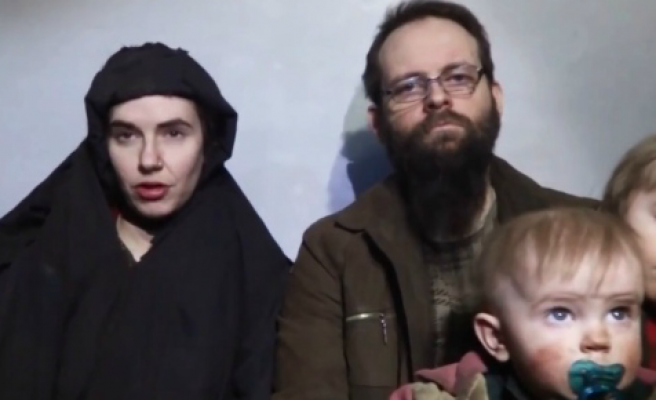 The Joshua Boyle family, rescued after five years in the hands of a terrorist organization, arrived safety in Toronto, Friday night.
The Haqqani network, which has links to the Taliban, abducted Boyle, a Canadian, his American wife Caitlan Coleman while the couple was on a hiking trip in Afghanistan in 2012.

They were rescued by the Pakistan army in “an intelligencer-based operation” on Wednesday.

When the family touched down at Toronto’s Pearson International Airport, they were greeted by Boyle’s parents, who, since all three children were born in captivity, were seeing their grandchildren for the first time. Coleman was pregnant when she and her husband were kidnapped.

Boyle said in a written statement he gave the Associated Press, that, “God has given me and my family unparalleled resilience and determination.”

But in an interview with ABC News on Friday at his home in Stewartstown, Pennsylvania, Jim Coleman expressed dismay at Boyle putting his daughter in danger.

“Taking your pregnant wife to a very dangerous place, to me, and the kind of person I am, is unconscionable,” he said.

The Canadian government issued a statement a short time after the family arrived in Toronto.

“Today, we join the Boyle family in rejoicing over the long-awaited return to Canada of their loved ones,” the statement read. “Canada has been actively engaged on Mr. Boyle’s case at all levels, and we will continue to support him and his family now that they have returned.”