﻿The family of James Foley said they were told by a US official that they could be subject to terrorism charges if they tried to ransom him. 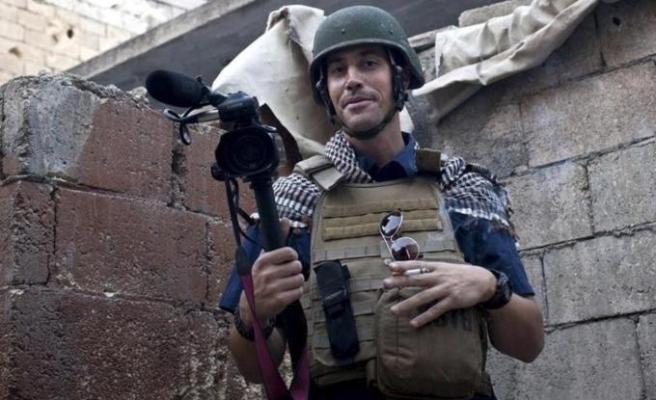 The mother of an American journalist who was beheaded by so-called 'Islamic State' (IS) militants claims that a U.S. official threatened her family with prosecution if they paid a ransom for his release.

Diane Foley, the mother of slain journalist James Foley, told ABC News that the family received three separate warnings that they could be charged with supporting terrorism.

The family said that the warnings came from a highly decorated military officer serving on the White House's National Security Council staff, and a State Department official.

When asked about the issue, White House press secretary Josh Earnest failed to provide any specifics. "I’m not going to be in a position to detail the kinds of conversations that took place so often between members of the administration and the Foley family."

Earnest also reiterated the long-standing policy of the U.S. that "ransoms should not be paid to terrorist organizations."

"There were a range of officials in the administration who were in touch with the Foley family," Earnest said. "It was the Department of Defense, the Department of Justice, the FBI and even some officials here at the White House. I’m not going to detail the nature of those conversations," he added.

U.S. Secretary of State John Kerry was also asked about the allegation while on his visit to Turkey and said that he was surprised about the claims.

"I can tell you that I am totally unaware and would not condone anybody that I know of within the State Department making such statements. So I don’t know about it," Kerry said.

The U.S. has refrained from ransoms or making concessions to terrorists and kidnappers as they say it would put Americans overseas at risk for kidnapping and any money paid would finance terror groups.

Just days following Foley’s death, a State Department spokeswoman tried to put the matter to rest. "The U.S. government does not have contact with ISIL," said Marie Harf. "So let’s set that aside. We’re not going to get into the details of any possible communications between the captors and families or anyone else."

At the time, Harf said that she did not know whether or not it would be illegal if an American citizen were to pay ransom to IS.

Islamic State, formerly known Islamic State of Iraq and Levant, or ISIL. has kidnapped Western nationals, including Americans, demanding ransom. Although some European states are believed to have paid the group for the release of their nationals, the U.S. has maintained its position not to pay.