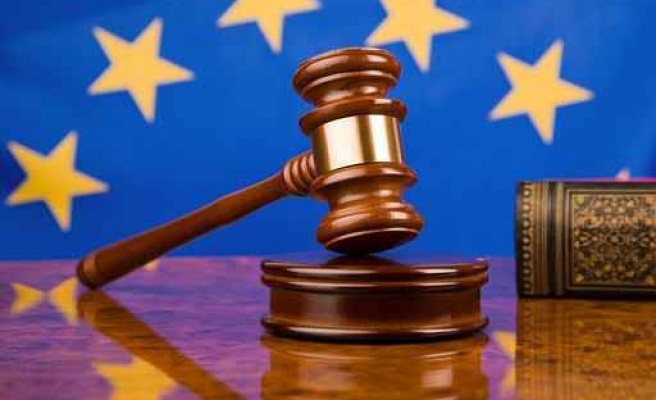 A former London-based associate of Osama bin Laden facing U.S. terrorism charges has asked a judge for authorization to seek testimony from an officer of Britain's internal spy agency, MI5, which his lawyers claim might prove his innocence.

Lawyers for Khalid Al Fawwaz filed papers in federal court in Manhattan on Thursday seeking a court order requiring testimony from a MI5 officer with whom Fawwaz claims he was in regular contact with during four years he lived in London in the 1990s.

Fawwaz was extradited from Britain to New York a year ago to face U.S. conspiracy charges related to the deadly 1998  attacks on U.S. embassies in Nairobi, Kenya and Dar-es-Salaam, Tanzania. He argues that testimony from the MI5 officer would confirm that Fawwaz was a legitimate Saudi dissident who did not engage in plotting with bin Laden.

Fawwaz's lawyers also claim that, during the course of his contacts with MI5, Fawwaz was warned by the agency about a purported plot which "United States authorities" had hatched to assassinate him and other Saudi dissidents. An MI5 officer allegedly told Fawwaz the plot was going to be financed by the Saudi Arabian government and that "Moroccan agents" had been engaged as hit-men, the lawyers allege.

They offered no documentation publicly of such a plot.

Fawwaz says that between 1994 and 1998 he headed the London office of the Advice and Reformation Committee, a dissident group which was pursuing peaceful reform of the Saudi government.

He says that while he and bin Laden, the al Qaeda chief killed by U.S. Navy SEALs in 2011, were the only two publicly identified members of the organization, it had many other members who remained anonymous due to their fear of Saudi retaliation.

U.S. authorities alleged that Fawwaz, who issued a series of communiques with bin Laden between 1994 and 1996, and his committee were acting as fronts for al Qaeda, citing as supporting evidence the fact that Fawwaz took security measures to shield his communications, court documents claim.

However, in their court filing, Fawwaz' lawyers say that shortly after he first arrived in Britain in 1994, Fawwaz was approached by MI5. Subsequently, over the next four years, Fawwaz claims he regularly met with MI5 contacts for up to three hours at a time.

Fawwaz claims that after informing him of the alleged US-Saudi plot to kill him, MI5 offered him bodyguards and improved home security. He claims that after bin Laden issued a message in 1996 declaring "war" on the United States, Fawwaz insisted to his MI5 contacts that he, personally, did not support or advocate violence, and only sought peaceful reform.

Fawwaz says he told MI5 that bin Laden's declaration of war conflicted with his personal views and his committee's policies to seek peaceful reform in Saudi Arabia.

Neither Fawwaz's U.S. lawyers, U.S. prosecutors nor a British government representative had any comment on the latest court filing.

In August, Fawwaz's lawyers received authorization from Judge Lewis Kaplan to request that British authorities turn over documents outlining Fawwaz's contacts with MI5, as well as records of any electronic surveillance the agency conducted on Fawwaz' home or telephones.

Judge Kaplan initially denied a request by Fawwaz to issue an order requiring testimony from a specific MI5 officer who the defendant claims to have dealt with. In Thursday's court filing, Fawwaz's lawyers renewed this request.

His lawyers said that at one point during lengthy extradition proceedings which Fawwaz contested in British courts, an MI5 official appeared in court with a "substantial file." But the file was never turned over to defense lawyers after lawyers for MI5 said that Fawwaz' alleged principal MI5 contact was out of the country. That is the same MI5 officer from whom Fawwaz has now asked the U.S. court to order testimony.