Duvalier inherited power from his father, Francois "Papa Doc" Duvalier, aged just 19 in 1971, but fled into exile in 1986 during a popular uprising which ended 28 years of rule by the father-and-son dynasty. 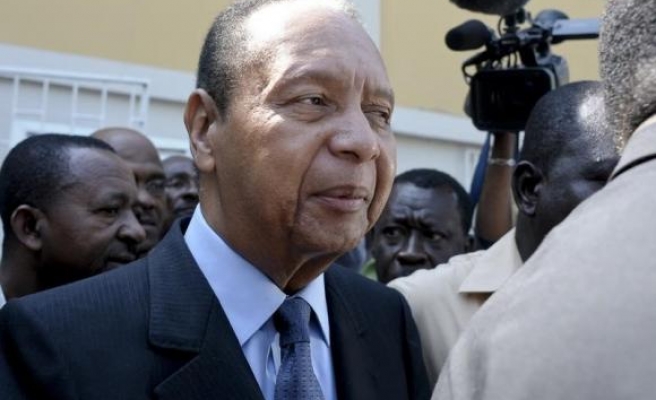 Deposed Haitian dictator Jean-Claude "Baby Doc" Duvalier died of a heart attack on Saturday, closing the book on a political dynasty notorious for human rights abuses and corruption in the poorest country in the Americas.

Duvalier's death was confirmed by his lawyer, Reynold Georges. He was 63.

Duvalier inherited power from his father, Francois "Papa Doc" Duvalier, aged just 19 in 1971, but fled into exile in 1986 during a popular uprising which ended 28 years of rule by the father-and-son dynasty.

After spending 25 years in France, Duvalier returned to his Caribbean homeland in January 2011 and was briefly detained on charges of corruption, theft and misappropriation of funds.

A Haitian court in February ruled that Duvalier could be charged with crimes against humanity under international law, and that he could also be held responsible for abuses by the army and paramilitary forces under his rule.

Duvalier consistently denied any responsibility for abuses committed while in office.

He was, however, a portly poster-child for wanton misrule, failing to address the poverty and illiteracy of Haitians while his family and friends indulged in a luxurious lifestyle.

Duvalier relied on terror to keep his people at heel in the style of his father, a former country doctor who enforced his rule through the dreaded Tonton Macoutes, a spooky paramilitary force of secret police agents sporting pistols and dark sun glasses.

Reed Brody of New York-based Human Rights Watch, who helped Duvalier's victims build the criminal case, said it was a shame he died before he could be put on trial.

"Duvalier's death deprives Haitians of what could have been the most important human rights trial in the country's history," he added.

"Hundreds of political prisoners held in a network of prisons died from mistreatment or were victims of extrajudicial killings," he added. "Duvalier's government repeatedly closed independent newspapers and radio stations. Journalists were beaten, in some cases tortured, jailed, and forced to leave the country."

In a series of messages on Twitter, Haitian President Michel Martelly, accused by critics of being a Duvalier sympathizer, offered his condolences to the former dictator's family.

"Despite our quarrels and our differences, we honor the departure of a true son of Haiti," Martelly wrote.

Duvalier's son, Nicolas, is an adviser to the Martelly government, according to local media reports.

Duvalier was born on July 3, 1951, and grew up at the center of power. In 1957, his father won national elections in the former French slave colony and first independent black state in the Americas.

When he died in 1971, his son took over, even inheriting the formal title of "President for Life."

Plump and six feet tall, with long side whiskers, "Baby Doc" was an introvert who shunned public appearances.

In 1980, he married Michelle Bennett, a young divorcee, in a union seen as improving Duvalier's relations with the Creole middle class disaffected by Papa Doc's heavy hand and sinister ways.

The younger Duvalier suppressed all effective opposition during his 15-year term until his overthrow.

As his problems grew he sought to improve his international image by relaxing his iron fist, but opponents continued to be arrested, often ending up in exile.

Bennett became a lightning rod for criticism due to her regular shopping expeditions to the most expensive stores in Europe, seemingly contemptuous of the poverty outside the iron gates of Haiti's imposing presidential palace in downtown Port-au-Prince.

In 1983, Duvalier welcomed Pope John Paul II to the island, although the pontiff declared that Haitians lacked "everything that permits a truly human existence."

His dramatic fall from power came after two months of widespread demonstrations and the withdrawal of support for his regime by the United States, which helped him escape.

He sought refuge in France, leaving behind jubilant Haitians dancing in the street.

Soon after he returned to Haiti in 2011, taking up residence in a villa in a posh suburb above the capital Port-au-Prince, Duvalier issued a brief apology to victims of his government.

He told a court last year that the abuses were carried out by individual government officials who "had their own authority."

The corruption and human rights charges he faced after his return from exile were closely watched by international observers who considered it an important test of Haiti's weak justice system after decades of dictatorship, military rule and economic mayhem.

Duvalier was alleged by his victims to have had a hand in at least a dozen of the most notorious cases involving extrajudicial killings and detention of political prisoners.

He was also alleged to have fled Haiti with more than $100 million stashed in European bank accounts in 1986.