'A great and noble man, the best father a son or daughter could have,' says Bush's son and 43rd US president in eulogy 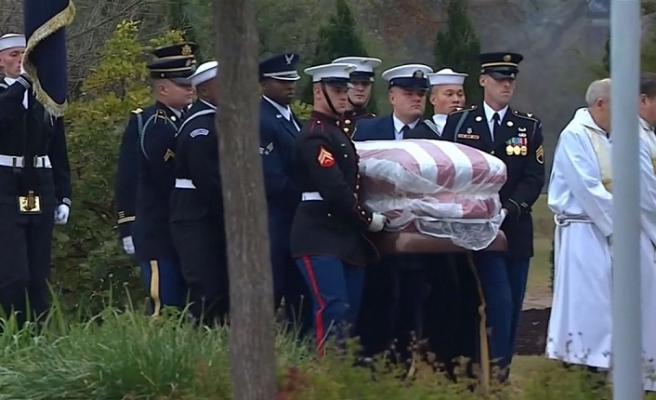 Former President George H.W. Bush was buried Thursday on the grounds of his presidential library in College Station, Texas following three days of mourning in Washington.

The 41st president of the United States died last week at the age of 94 after years battling Vascular Parkinsonism, a rare disease that affects an individual’s ability to walk and talk.

He was buried in a family plot alongside his wife, Barbara, who died in April, as well as their daughter, Pauline Robinson Bush, who died of leukemia at just three years old in 1953.

Bush's body had been lying in state at the Capitol Rotunda since Monday evening and a funeral service was held Wednesday at Washington National Cathedral.

"Through our tears, let us know the blessings of knowing and loving you, a great and noble man, the best father a son or daughter could have," George W. Bush, Bush's son and 43rd U.S. president, said in a eulogy for his father.

His body was then flown to Houston for another funeral service Thursday at St. Martin’s Episcopal Church and was later taken for burial.

U.S. President Donald Trump declared a national day of mourning for Wednesday, closing the federal government in honor of the late president.