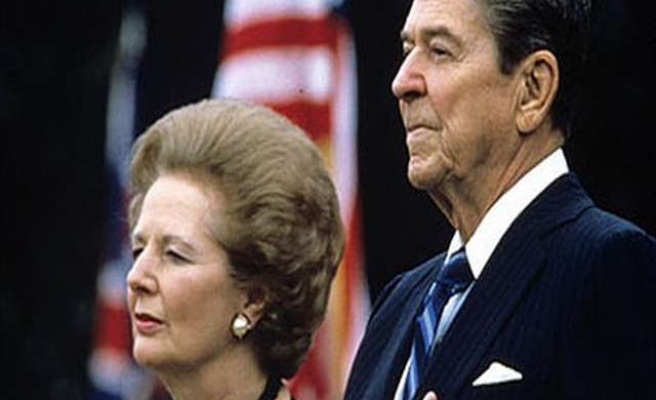 Secretly recorded conversations of former U.S. President Ronald Reagan were revealed for the first time after an American author obtained them following a request.

In one of the recordings, Reagan apologizes to Thatcher for ordering the 1983 invasion of Grenada -- a commonwealth state previously under British colonial rule -- without having consulting with her.

"We regret very much the embarrassment that’s been caused to you," the U.S. leader says during the call in a bid to relieve the British premier's anger.

In 1983, the U.S. forces invaded the Caribbean island to topple a Marxist leadership that came to power following a coup d'etat several months earlier.

The tapes, recorded by Reagan in the White House Situation Room, were obtained by U.S. author William Doyle last week following a Freedom of Information Act request he placed in 1996.

“Until now, taping was thought to have stopped in the Nixon era. I discovered that was not the case,” he told The New York Post.

Another recording captures the erstwhile Hollywood actor keeping Syrian President Hafez al-Assad waiting more than 13 minutes as he was rode his horse at his California ranch. Hafez al-Assad is the father of the Syria's current dictator Bashar al-Assad.

"Mr. President, let me take this opportunity to extend my congratulations on your re-election to a new term as president of Syria," he tells Assad after he picks up the phone, referring to the 1985 presidential election in the one-party dictatorship.

According to Doyle, Reagan's language with Assad was ironic, since Syria was a police state with a history of rigged elections.

One of the most popular U.S. presidents of the 20th century and the only movie actor ever to become president, Reagan was noted for his conservative Republicanism, his fervent anticommunism, and his appealing personal style.