Fresh protests set after no charges in NYC chokehold case

Garner's wife, Esaw Garner, on Thursday rejected the condolences offered by Pantaleo after he was cleared in the 43-year-old man's death. 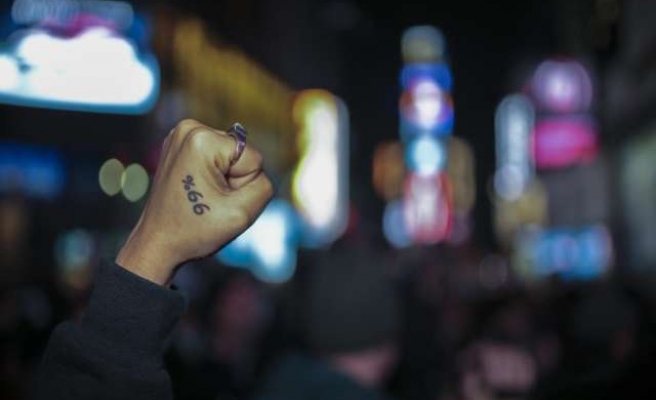 Protesters vowed a new round of demonstrations in New York on Thursday after a grand jury decided not to charge a white police officer in the chokehold death of an unarmed black man on Staten Island.

National civil rights leaders pledged to release a longer-term "2015 action plan" on Thursday morning to address excessive force by law enforcement and police accountability one day after the grand jury cleared New York Police Officer Daniel Pantaleo in the death of Eric Garner during an arrest attempt in July.

Garner's wife, Esaw Garner, on Thursday rejected the condolences offered by Pantaleo after he was cleared in the 43-year-old man's death. In a video of the incident on a Staten Island sidewalk, the father of six is heard repeatedly gasping "I can't breathe, I can't breathe" as he is being restrained by police.

"The time to apologize or have any remorse ... would have been when my husband was screaming he couldn't breathe," Esaw Garner told NBC's "Today" show.

Pantaleo had expressed his condolences to Garner's family in a statement, saying, "It is never my intention to harm anyone and I feel very bad about the death of Mr. Garner."

The officer's lawyer, Stuart London, meanwhile, told WCBS Radio, that he was trying to bring Garner to the ground because he feared they would crash through a storefront glass window in the struggle.

"He was attempting to do a takedown move that he was taught in the academy. He never meant to apply any force to his neck," London told WCBS Radio.

The city's medical examiner said police officers had killed Garner by compressing his neck and chest, and ruled the death a homicide, adding that Garner's asthma and obesity had contributed to his death.

Chokeholds are prohibited by New York police regulations, but the Patrolmen's Benevolent Association, the municipal police union, said the officers involved in the Garner incident had acted within the law.

When the grand jury's decision was revealed, Garner's wife told the "Today" show: "I started crying because it's not fair. It's not fair. What could they not see? How could they possibly not indict?"

"I felt hopeless ... like there was nothing left for me to fight for but then I got some encouraging phone calls ... I felt now that we have some type of hope, some type of justice to be done for my husband," Esaw Garner said, referring to a promised federal investigation.

The U.S. Justice Department said it was investigating whether Garner's civil rights had been violated.

The grand jury's decision poses the biggest challenge yet for New York Mayor Bill de Blasio, who took office in January promising to repair relations between black New Yorkers and the police department.

Last week, the city of St. Louis saw rioting, burning and looting after a grand jury in Missouri declined to prosecute a white policeman who shot dead unarmed black teenager Michael Brown in the suburb of Ferguson.

U.S. Attorney General Eric Holder told reporters in Washington that the Justice Department, which is already probing the circumstances of the Missouri shooting, would also examine the Garner case, as well as the local inquiry into it.