Tazhayakov, 20, could face 25 years in prison if convicted of charges of obstruction of justice and conspiracy. He has pleaded not guilty. 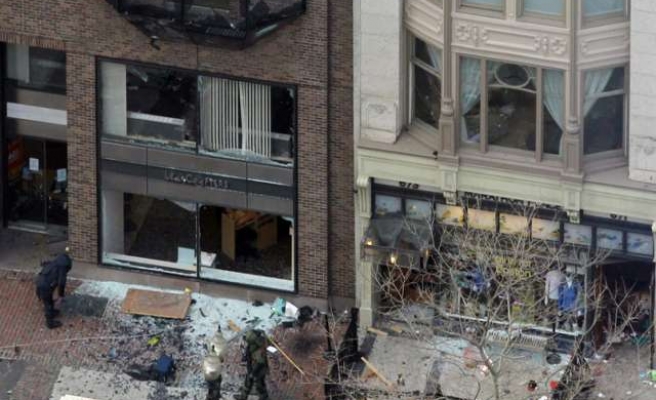 The lawyer for a man charged with obstructing the investigation into the Boston Marathon bombing denied on Monday that his client removed a laptop and backpack containing fireworks from the bombing suspect's dorm room three days after the deadly attack.

Defense attorney Nicholas Wooldridge said in his opening statement that Azamat Tazhayakov took nothing except a pair of headphones that belonged to him from the room of Dzhokhar Tsarnaev, who is accused of carrying out the April 15, 2013, blasts with his brother.

Tazhayakov is the first of three of Tsarnaev's friends to face trial for hampering the investigation of the bombing and Wooldridge said it was his friend and fellow Kazakh exchange student, Dias Kadyrbayev, who took the laptop from the room and dropped it in a dumpster.

Kadyrbayev was scheduled to be tried on similar charges in September.

Prosecutors contend that Tazhayakov and Kadyrbayev removed items from Tsarnaev's room at the University of Massachusetts at Dartmouth at his request after the FBI released photos of Tsarnaev and his older brother, Tamerlan, as suspects in the bombing, which killed three people and injured 264.

"Dias is the one that took that bag back to the apartment, not Azamat," Wooldridge said. "Azamat never touched that bag."

Kadyrbayev later dropped the backpack into a dumpster, prosecutors said.

Neither man is charged with a role in the bombing. But prosecutors contended Tazhayakov believed Tsarnaev was the bomber when he went to his dorm room on the night of April 18, 2013.

"When they removed all these things, the defendant thought that Dzhokhar Tsarnaev was one of the Boston Marathon bombers," Assistant U.S. Attorney Stephanie Siegmann said in an opening statement.

Tsarnaev told Tazhayakov a month before the bombing that he knew how to build a bomb, Siegmann said.

"Tsarnaev told the defendant and Kadyrbayev that it was good to die as a martyr as you would die with smile on your face and would go straight to heaven," Siegmann said.

Tazhayakov, 20, could face 25 years in prison if convicted of charges of obstruction of justice and conspiracy. He has pleaded not guilty.

Tazhayakov was dressed in a black suit and tie and did not speak at the first day of his trial in U.S. District Court in Boston.

Tsarnaev, 20, is awaiting trial on charges that carry the death penalty if he is convicted. His older brother, Tamerlan, died in a gunbattle with police the night of April 18, 2013, as the two tried to flee Boston.

The third friend, Robel Phillipos of Cambridge, Massachusetts, faces the lesser charge of lying to investigators.

Wooldridge urged the jury to remember that Tazhayakov is charged only with obstruction and conspiracy and not focus on emotional reactions to the attack.

"What is this case about? Well I'll tell you what it's not about: The bombing," Wooldridge said. "Don't get shocked and awed. Stay clear and stay focused."