A young Canadian's Guantanamo war crimes tribunal was suspended for at least a month because his lawyer was being flown back to U.S. for medical treatment. 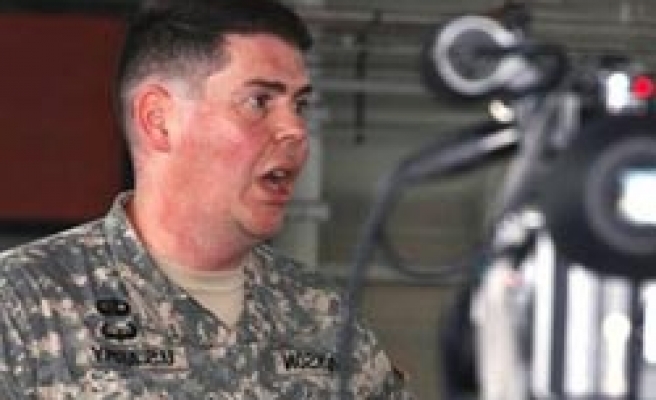 A young Canadian's Guantanamo war crimes tribunal was suspended on Friday for at least a month because his lawyer was being flown back to the United States for medical treatment.

Khadr is the first person since World War Two to face trial in a military tribunal for acts allegedly committed as a minor.

But the first day of testimony was dramatically cut short when his U.S. military lawyer fainted and fell to the courtroom floor.

The lawyer, Army Lieutenant Colonel Jon Jackson, was in the base hospital and would be flown to an Army hospital in the Washington area for treatment, said Bryan Broyles, deputy chief defense counsel for the tribunals.

Jackson, 39, is Khadr's only court-recognized lawyer and the trial cannot resume until he is medically cleared.

Broyles said that would probably be in about 30 days. He declined to give specifics on Jackson's condition. The military lawyer had recently undergone gallbladder surgery and had been working long hours to prepare for the trial.

"Nothing has changed with the Omar Khadr case except for the timetable," Broyles said. "Lieutenant Colonel Jackson remains his attorney. That is his only concern right now, probably to the detriment of his health, that he continue on this case."

The seven U.S. military officers on the jury were flown to Guantanamo from around the world for the trial. They will be ordered not to read or listen to media reports about the case and not to discuss it with anyone, Broyles said.

Khadr was 15 when captured in Afghanistan in 2002 and could face life in prison.

Now 23, he is charged with conspiring with al Qaeda, killing a U.S. soldier with a grenade during the battle, and planting roadside bombs targeting U.S. troops.

"It is only after that story is told to Omar Khadr that he admits to throwing anything. He told them what they wanted to hear," Jackson said in defense opening statements.

The charges were first filed in 2005 and have been dismissed and refiled several times because of legal challenges, administrative issues and changes in the U.S. law underpinning the tribunals.

The United Nations said earlier this week that the trial at the Guantanamo Bay naval base was of dubious legality and could set a dangerous precedent for child soldiers worldwide.

Human rights groups say the commissions violate detainees' legal rights and remain unconvinced by the administration's promise to refer as many cases as possible to civilian courts.

Khadr has gone through a dozen lawyers, firing some and losing others to military reassignment.

Last month, he fired two American civilian lawyers and tried to fire Jackson but the judge ordered Jackson to stay on the case. He has a Canadian attorney acting as an advisor but tribunal rules do not allow this attorney to act as Khadr's trial lawyer.