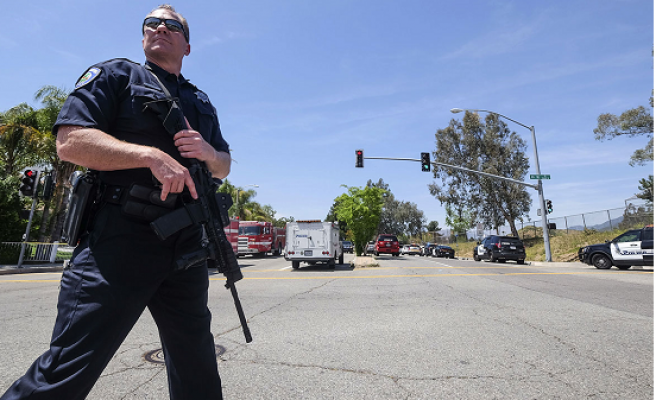 A gunman shot dead at least 20 worshippers attending Sunday morning services at a Baptist church in Texas, in the latest mass shooting to shock the United States, news media reported.

The worshippers were gunned down at First Baptist Church in Sutherland Springs, a small rural community about 30 miles (50 kilometers) southeast of San Antonio, reports said.

Wilson County Commissioner Albert Gamez Jr told AFP there were multiple fatalities and multiple people wounded, but he could not officially confirm the number.

With details rapidly unfolding, some unnamed officials were quoted as citing tolls as high as 27 dead and 20 or more wounded.

The shooter reportedly walked into the church shortly before noon -- at a morning service that witnesses said was normally attended by some 50 people -- and opened fire.

A two-year-old was among the wounded, The Dallas Morning News reported.

It was unclear how the shooter died.

"There was no police chase," Murphy said, denying earlier media reports that the gunman was killed after a pursuit. "He was in his vehicle."

A spokeswoman for Connally Memorial Medical Center in nearby Floresville said the hospital received eight patients with gunshot wounds. Four had been transferred to San Antonio.