Hagel aims to put diplomacy ahead of military might

The top U.S. defense official Hagel's remarks echo those of President Barack Obama, who said the United States could not rely on its military power alone 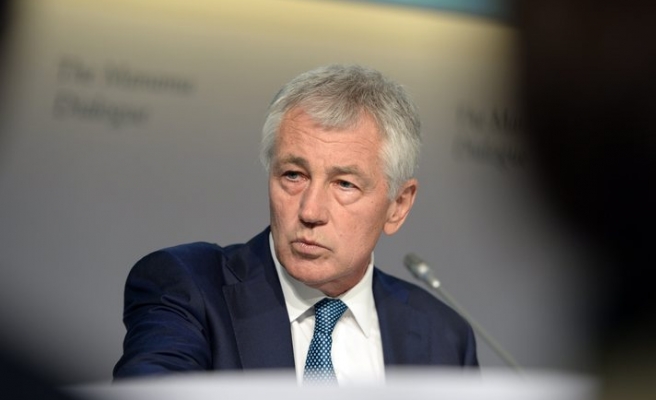 The top U.S. defense official on Saturday underscored the Obama administration's intention to shift the focus of its foreign policy away from military might toward diplomacy.

Speaking at the Munich security conference, U.S. Defense Secretary Chuck Hagel said he and Secretary of State John Kerry "have both worked to restore balance to the relationship between American defense and diplomacy".

Hagel, in prepared remarks, stressed that the United States was "moving off a 13-year war footing" as the war in Afghanistan winds down and as Washington seeks to avoid getting involved in additional military conflicts overseas.

Hagel's remarks echo those of President Barack Obama, who in his annual State of the Union address this week said the United States could not rely on its military power alone, promising to send U.S. troops to fight overseas only when "truly necessary".

U.S. officials have also sought to avoid becoming involved in new on-the-ground military action in places like Syria and Libya.

"Foreign policy had become too militarized over the last decade or so," a senior U.S. defense official said on condition of anonymity. "It's time for us to be in a supporting role when it comes to the execution of this country's foreign policy."

"The nation's foreign policy should and rightly be led by the State Department, with the Defense Department in full support," the official said.

The State Department is taking the lead on several key foreign priorities for the White House, including the effort to broker a peace deal between Israel and the Palestinians and to halt Iran's nuclear programme.

Still, the comments are striking from the head of the powerful, massive U.S. Defense Department. The U.S. military budget, even after cuts imposed amid repeated U.S. budget crises, dwarfs spending for diplomacy and foreign aid.

But the U.S. military has been strained by the long wars that followed the 9/11 attacks.

Washington pulled all troops out of Iraq at the end of 2011. It has also seeking to finalize a security pact with Afghan President Hamid Karzai that would authorize the United States to keep a small force in Afghanistan beyond this year.