Hagel resigned from his post following a difficult tenure in which he reportedly struggled to fit in with the U.S. administration’s national security team. 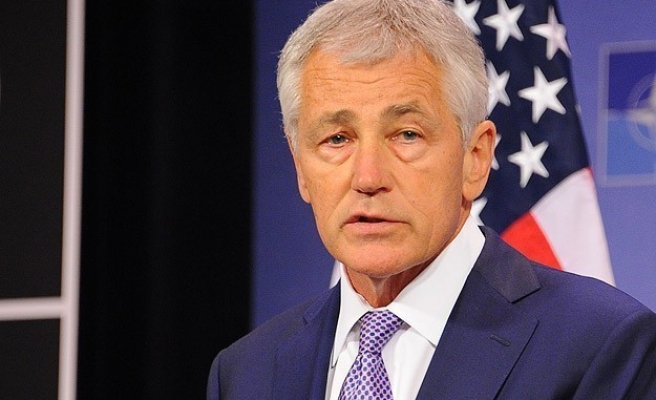 Hagel, who had struggled to improve his ties with Congress after a contentious 2013 confirmation hearing, submitted his resignation letter after lengthy discussions with Obama that began in October, officials said.

It was the first major change to Obama's Cabinet since his Democrats were routed in midterm elections three weeks ago, and Republicans, who took over the Senate and now control both houses of Congress, are looking to bring changes.

Hagel was appointed less than two years ago as Obama pushed his signature program of winding down wars in Afghanistan and Iraq, a process now being upended with U.S. re-engagement in Iraq and greater military cooperation with Kabul.

Hagel had privately expressed frustration to colleagues at the administration's strategy toward Iraq and Syria and at his lack of influence over the decision-making process, a source familiar with the situation said.

U.S. officials said publicly the decision was mutual but privately others said he had been forced out. "There's no question he was fired," said one with knowledge of the matter.

He raised questions about Obama's strategy toward Syria in a two-page internal policy memo that leaked this fall in which he warned that Obama's policy was in jeopardy due to its failure to clarify its intentions toward Syrian President Bashar al-Assad.

Senator John McCain, who is in line to become chairman of the Senate Armed Services Committee, which must approve Hagel's replacement, said he hoped Obama would nominate someone with "strength of character, judgment and independence."

McCain, who like House Speaker John Boehner is a fierce critic of the president, called for changes in his approach to defense.

"A successor will be named in short order, but Secretary Hagel will remain as Defense Secretary until his replacement is confirmed by the United States Senate," a senior Obama administration official said.

Speaking at a press conference on Iran’s nuclear talks Monday in Vienna, Kerry said "I am very upset to hear that Chuck has made the decision to resign."

A Republican critic of the Iraq war, Hagel, 68, came aboard in February 2013 to manage the U.S. pullout from Afghanistan, and guide the Pentagon during a period of budget cuts known as sequestration.

Kerry said the Pentagon couldn't have had a finer soldier and public servant like Hagel.

"He has done a super job for helping the Afghanistan transition," he said.

Hagel served in the Vietnam war and was awarded two Purple Heart medals, the oldest U.S. military award given to American service members.

"I respect his decision, and we will continue to work together until the time that his replacement is appointed," Kerry added.