The government said Halliburton's guilty plea is the third by a company over the spill and requires the world's second-largest oilfield services company to pay a maximum $200,000 statutory fine. 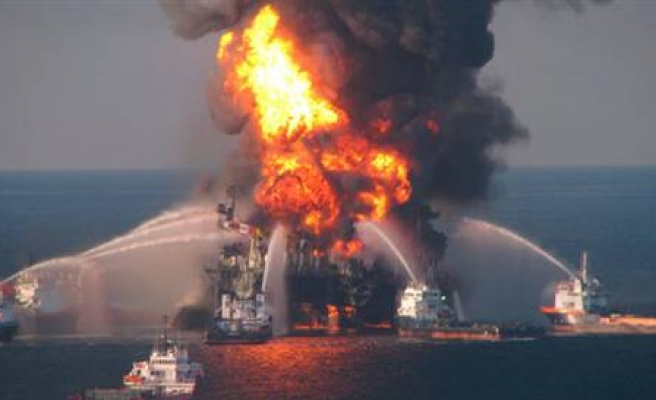 Halliburton Co has agreed to plead guilty to destroying evidence related to the 2010 Gulf of Mexico oil spill, the U.S. Department of Justice said on Thursday.

The government said Halliburton's guilty plea is the third by a company over the spill and requires the world's second-largest oilfield services company to pay a maximum $200,000 statutory fine.

Halliburton also agreed to three years of probation and to continue cooperating with the criminal probe into the April 20, 2010, explosion of the Deepwater Horizon drilling rig.

"Their willingness to plead to this may also indicate that they'd like to settle up with the federal government on the civil penalties," he said. "It may indicate a softening of their position."

Halliburton confirmed in a statement that it pleaded guilty to the misdemeanor charge and confirmed the plea agreement's terms.

The disaster caused 11 deaths and triggered the largest U.S. offshore oil spill following the rupture of the Macondo oil well, which was 65 percent owned by BP Plc. Halliburton had earlier provided cementing services to help seal the well.

According to the government, Halliburton recommended to BP that the Macondo well contain 21 centralizers, metal collars that can improve cementing, but BP chose to use six.

The government said that, during an internal probe into the cementing after the blowout, Halliburtonordered workers to destroy computer simulations that showed little difference between using six and 21 centralizers.

Efforts to locate the simulations forensically were unsuccessful, the government said.

A document detailing the allegations was filed with the U.S. District Court in New Orleans.

BP and Transocean Ltd, which owned the drilling rig, previously entered guilty pleas over other aspects of the Gulf oil spill, and agreed to pay respective criminal fines of $1.26 billion and $400 million.

Halliburton, BP and Transocean are also defendants in a federal civil trial that began in February to apportion blame and set damages for the oil spill.

The first witness for Halliburton, cementing service coordinator Nathaniel Chaisson, had testified that he was concerned about BP's use of just six centralizers.

The trial is scheduled to resume in September. Halliburton said in April it was in talks to settle private claims against it in the damages trial.