Prosecutors would have to prove beyond a reasonable doubt that when Hicks killed the three Muslim-American students he was motivated by religious or ethnic reasons. 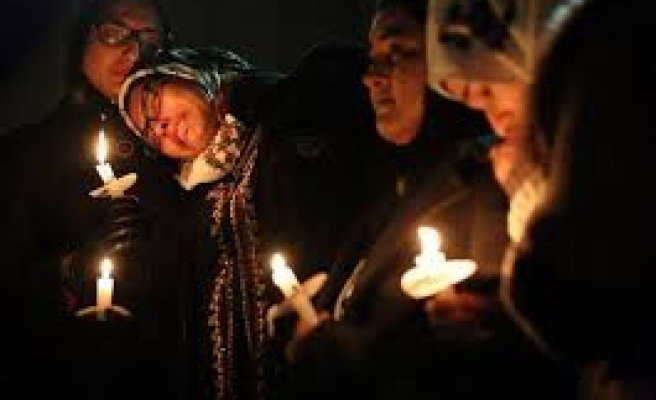 Last week's shooting in Chapel Hill, North Carolina, sent shockwaves across the U.S. Muslim community and triggered broad speculation about whether religious hatred motivated Craig Hicks, the suspect in the attacks, to carry out the murders.

A police investigation pointed to "an ongoing neighbor dispute over parking" as the motive behind the killings.

But the families of the victims and Muslim community leaders branded the incident a hate crime, and the Council on American-Islamic Relations, or CAIR, a Muslim civil rights organization, urged authorities to examine a possible bias motive for the killings.

"There’s a tremendous rise in anti-Muslim rhetoric in our society, and a growing number of anti-Muslim incidents so this could be one of those," said Ibrahim Hooper, CAIR’s national communications director. "They want to claim that it was just a dispute over a parking spot, well he had disputes with other people, but he shot three Muslims in the head execution-style so we believe there’s more to it than some dispute over a parking space."

Hicks has been indicted on three counts of first-degree murder as a parallel federal investigation led by the FBI continues to explore the possibility of hate crimes charges related to the shootings.

Hate crimes are treated as misdemeanors, or lesser crimes in North Carolina, compared to felonies such as first-degree murder.

"It is a difficult burden of proof because you have to show the motivations of someone, and it’s always difficult to prove what’s going on in someone’s head," said Stewart Fisher, a civil rights attorney who practices discrimination and civil rights law in North Carolina.

"The evidence that we see in the media does not give you a sufficient basis to know whether or not it is a hate crime or not," Meanes said. "It is premature for someone who is not intimately involved in the case to pass judgment."

Still there is nothing to preclude prosecutors from pursuing hate crimes charges in addition to the murder counts should an investigation indicate there is sufficient evidence to do so, Meanes said.

A Facebook account in Hicks’ name contains a myriad of posts lashing out at religious groups, including Christians, Muslims and Mormons. One picture shows a person with hands folded, praying next to the words, "Praying is pointless, useless, narcissistic, arrogant and lazy; just like the imaginary god you pray to."

The banner photo on the account is a picture reading, "Of course I want religion to go away. I don't deny your right to believe whatever you'd like; but I have the right to point out it’s ignorant and dangerous for as long as your baseless superstitions keep killing people. Antitheism."

Another picture shows what appears to be a revolver-style pistol with the words, "Yes, that is 1 pound 5.1 ounces for my loaded 38 revolver, its holster, and five extra rounds in a speedloader."

Despite the volume of anti-religious posts and depiction of weapons, prosecutors would have to prove beyond a reasonable doubt that when Hicks killed the three Muslim-American students he was motivated by religious or ethnic animus.

"The connection is going to have to be, 'did he do this crime in particular based on, or targeted because of their religion or their race?’" said Meanes.

"Seems an overwhelming majority of Christians in this country feel that the Muslims are using the Ground Zero Mosque plans to 'mark their conquest.' Bunch of hypocrites, everywhere I've been in this country there are churches marking the Christian conquest of this country from the Native Americans," Hicks allegedly wrote.

There has not been a death penalty prosecution in several years in the relatively liberal community of Orange County where the attacks took place, according to Fisher, the North Carolina civil rights attorney.

"I don’t know whether in this case they will do so. They will probably take the desires of the victims’ families into account," he said stressing that the killings are "not representative of the way people of this state feel about members of the Muslim community."