The allegation by Ramzi Binalshibh, a 42-year-old Yemeni, adds to contentions by the defense that the U.S. government is attempting to infiltrate its team. 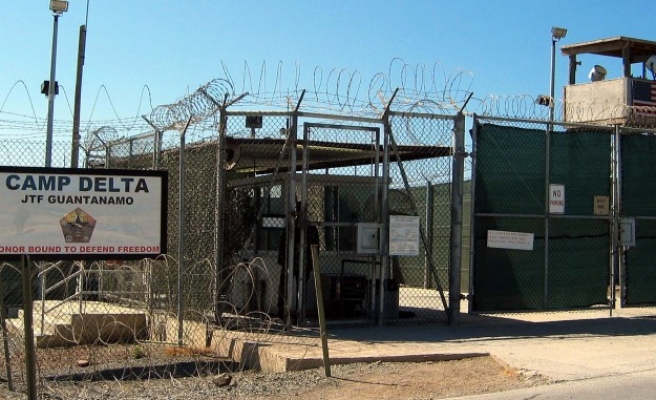 A U.S. military judge on Monday halted a pre-trial hearing for Guantanamo Bayinmates accused of plotting the Sept. 11, 2001, attacks after one of the accused said his interpreter had worked at a secret CIA prison.

The allegation by Ramzi Binalshibh, a 42-year-old Yemeni, adds to contentions by the defense that the U.S. government is attempting to infiltrate its team.

The Arabic interpreter is part of the defense team for the five detainees charged in the 2001 attacks that killed almost 3,000 people in the United States. Binalshibh said he recognized him from his time in a secret Central Intelligence Agency "black site."

"I have some problem to get the translations, complete translations, so I have my interpreter, Mr. Louay Al-Nazer. But the problem is I cannot trust him because he was working at the black site with the CIA and we know him from there," Binalshibh said in English.

Binalshibh is accused of helping to plot the 2001 attacks. He and the other four detainees at the hearing at the Guantanamo Bay, Cuba, military prison have been classified by the U.S. government as "high value."

A second detainee also identified the interpreter as having been present at a secret prison.

Army Colonel Judge James Pohl halted the hearing in the slow-moving case to await motions from the attorneys on how to handle the latest infiltration allegations.

Defense attorneys claimed in April that Federal Bureau of Investigation agents bugged rooms where they met with clients. They also said agents questioned support staff about the defense attorneys and investigated at least one of the lawyers.

Pohl then stopped the hearing and ordered a Justice Department investigation. Monday's hearing was supposed to be a resumption of the April hearing.

It was intended to focus on whether Binalshibh should be tried separately to allow the proceedings against the other defendants to continue. Binalshibh's defense team appears to have been a main target of the FBI investigation.

Binalshibh has been imprisoned at Guantanamo Bay for more than eight years. The five accused include Khalid Sheikh Mohammed, the confessed mastermind of the Sept. 11 attacks.

The hearing at Guantanamo Bay was monitored over a closed-circuit broadcast at Fort Meade, outside Washington.