Britain leaving the European Union could cause serious disruption for the country as it tries to reorder its trading relationships, she told BBC television. 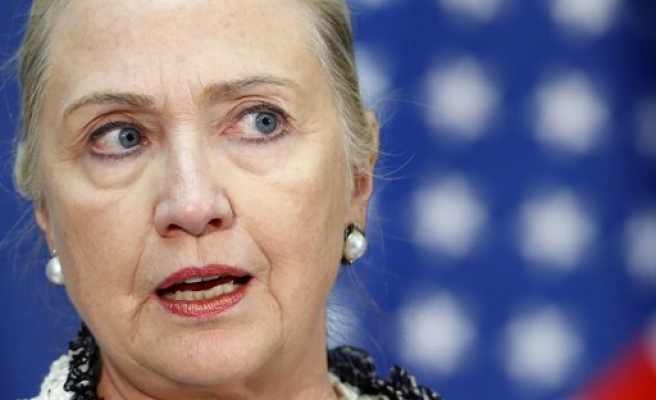 Hillary Clinton said Brexit would put Britain at a "very big disadvantage" and force companies to move resources to continental Europe, in an interview aired Sunday.

"I think it would be a very big disadvantage to Britain," said Clinton, the Democratic Party candidate who lost to Donald Trump in last year's US presidential election.

"No deal meaning no preferential trade deals, which means products in Britain would not have the kind of easy access to the European market that you've had under EU membership.

"It could very well mean that there would be more pressure on businesses in Britain, if not to leave completely, at least (to) also have sites and employment elsewhere in Europe.

"The disruption for Britain could be quite serious," the former US secretary of state said.

As Britain's divorce discussions with the EU stumble on, London now admits it is actively preparing to leave in March 2019 without agreeing a trade deal, which would mean operating on World Trade Organization tariff rules.

Clinton suggested that commercial ties with the EU could not be replaced by a new trading relationship with the United States under Trump.

"You're making a trade deal with someone who says he doesn't believe in trade," she said.

EU negotiator Michel Barnier said Thursday that Britain and the bloc are stuck in a "disturbing deadlock" over London's financial settlement, although a breakthrough remains possible over the next two months.

He told reporters in Brussels that he could not recommend to EU leaders at a summit next week that negotiations move on from divorce issues to talks on a post-Brexit trade deal.