Haiti's provisional electoral council ruled that hip-hop star Wyclef Jean was not eligible to run as a presidential candidate in the Nov. 28 election. 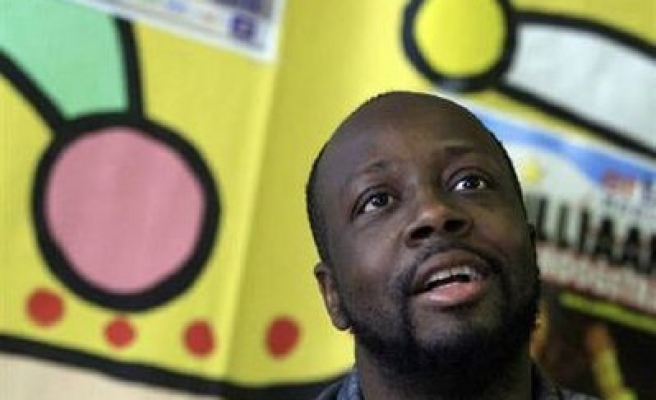 Haiti's provisional electoral council ruled on Friday that hip-hop star Wyclef Jean was not eligible to run as a presidential candidate in the Nov. 28 election.

The council ruled Jean did not satisfy all the legal requirements to contest the election.

Here are some facts about Jean:

Jean, 40, was born in Haiti on the outskirts of the capital, Port-au-Prince. He left his deeply impoverished Caribbean homeland for the United States at the age of 9.

He holds a Haitian passport, but is a U.S. resident and has lived in New Jersey since he was a teenager. But his family owns a rural home outside Port-au-Prince.

The three-time Grammy Award-winner is widely seen in Haiti as never having turned his back on his Haitian roots despite his country's ranking as the poorest state in the Americas.

Jean's music career took off in the mid-1990s as a member of The Fugees, whose biggest hit was a cover version of Roberta Flack's "Killing Me Softly With His Song."

As a rapper and producer, he later rose to worldwide fame for his work with Colombian pop star Shakira, most notably in the 2006 mega hit "Hips Don't Lie."

Little is known about his political leanings. His bid to run for president energized many young Haitians drawn to his celebrity success and political outsider status. But it also rattled Haiti's political elite.

Jean cast his candidacy as a chance to use his fame to lure more international aid and foreign investment to Haiti as it struggles with rebuilding efforts after a devastating Jan. 12 earthquake that killed up to 300,000 people.

But some critics, including film star turned aid worker Sean Penn who is helping Haiti quake victims, had questioned if having a wealthy celebrity hip-hop musician as president was really what the country needed.

Jean has been active in raising money for his homeland through his Yele Haiti Foundation. He also served as an ambassador-at-large under outgoing President Rene Preval.

As he talked of running for president, Jean fended off charges of mismanagement in the foundation. He was also briefly embarrassed by news he was hit with a $2.1 million tax lien because of personal income tax obligations, which he later said were fully paid.