550,000 homeless people in US last year is higher than population of Agri, or nearly seven-fold of Tunceli 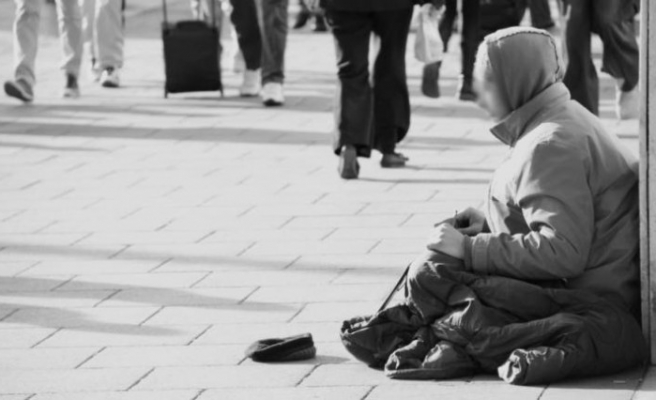 The number of homeless people in the U.S. is more than the population of 47 cities in Turkey, according to data.

In the U.S., there were approximately 550,000 homeless people last year, according to the country's Department of Housing and Urban Development.

Poverty and unemployment are the major reasons for homelessness in the country with the world's biggest economy, according to the Salvation Army. Lack of affordable housing, poor physical or mental health, drug and alcohol abuse, gambling, family and relationship breakdown, as well as domestic violence are other reasons.

On the streets of New York, the U.S.' financial capital and biggest city, one can look at the signs people carry as a window to their lives, "Lost my job and home", "Homeless with kids and pregnant" and "U.S. veteran. Fought for my country. Where is the government?"

Around 11 percent, or more than 60,000, of the homeless are veterans, while 8.8 percent of those are between the ages of 18-30, according to the National Coalition of Homeless Veterans (NCHV).

While 1.4 million other veterans face the risk of homelessness, around 12,700 veterans who fought in Iraq from 2003 onwards became homeless in 2010, NCHV said.