Trump's newly minted education secretary is a forceful advocate of school choice, a movement that calls for US government funds to be diverted to families who leave the public school system. 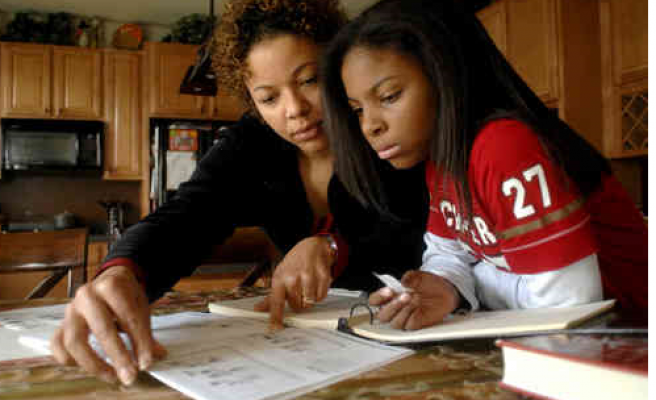 As her eldest son conjugates French verbs with a tutor, Emily Bradley coaches her three-year-old in speech, while her daughter tackles math drills in the kitchen using colored rods that represent numbers.

None of Bradley's four children -- the eldest of whom is nine -- have ever attended school. She plans to keep it that way as she seeks both to personalize their education and lay a Christian foundation for them.

The Bradleys are among the roughly 1.8 million US students who are homeschooled -- a fast-growing community whose approach may find a champion under Donald Trump's controversial new education secretary, Betsy DeVos.

Their 36-year-old mother is no fan of the incoming president, but she is all "in favor of alternatives to education" -- which DeVos strongly supports.

"I don't think that the American education system is very good," she said. "I can do it better."

Bradley's kids join some 20 other homeschooling families in the capital Washington for weekly enrichment courses with "a biblical worldview."

After opening the day with a psalm and the pledge to the American flag, kids disperse for parent-taught lessons in subjects including math, literacy and the arts.

In nearby Northern Virginia, some 350 families take a similar, albeit secular, approach, supplementing their homemade diet with weekly classes at Compass Homeschool Enrichment.

While many early homeschoolers cited religious reasons for their choice, today they comprise a wide range of demographics -- some three quarters of whom cite their dissatisfaction with the other school options available to them.

Individual US states govern homeschooling families with a patchwork of policies that generally include minimal oversight, and there are concerns from some critics who fear children could lose out on a rounded education, or even be exposed to neglect or abuse.

Less than half of states mandate testing for homeschoolers, according to investigative website ProPublica. Approximately one-third do not require teaching specific subjects, and most of those that do have no means to ensure parental compliancy.

Christopher Lubienski, an education policy analyst at Indiana University, has described the level of deregulation as "concerning."

"There is a larger societal responsibility to all children. I don't think that precludes homeschooling as an option, but we have a responsibility to make sure that parents are doing right by their kids," he told AFP.

The classes at the Compass homeschool program are a way for families to address two oft-voiced concerns about homeschooling: that it limits children's socialization, and that older kids need input from specialized teachers, especially in science and technology.

Kids ages four to 18 choose from an array of courses -- taught by hired experts -- including foreign language, chemistry, chess and acting.

Kristin Yashko, 47, brings her three children here, and homeschools the rest of the week.

"The benefits are off the charts," said Yashko, who worked as a speech therapist in public schools for several years. "I encourage the teachers -- I support them -- but I just thought that we would be able to provide a better experience."

Yashko's 13-year-old daughter Aldrin said she "wouldn't have thrived as much" at a traditional school.

Gripping a book of short stories, Aldrin described her typical day as "pretty lax" -- she works on math, peruses the newspaper, studies several languages and sometimes watches a documentary.

She does plan to attend college: "a little bit of exposure to the school structure would be good."

Yashko is confident about her children's higher education prospects.

"Colleges are looking more for kids who can kind of think outside the box," she said. "Instead of just memorizing facts and spitting them out for a test, we want our kids to actually be ready for the work world."

About 3.4 percent of US students are homeschooled, according to the latest 2012 estimates from the National Center for Education Statistics -- a population that has more than doubled since 1999.

DeVos has also voiced broad support for teaching kids at home in a welcome boost for the movement -- although no financial help for homeschoolers is currently on the cards.

"To the extent that homeschooling puts parents back in charge of their kids' education, more power to them," she said in a 2013 interview.

That is a point of contention for some, but Yashko says she is "happy to contribute" because "we want to have an educated population."

"I don't believe that homeschooling is the right choice for every person," she adds.

Bradley -- who dropped a law career to assume responsibility for her children's education, while her husband works in international development -- agrees that may not be a viable option for every family: "I recognize we're probably in a privileged, smaller group of people."

The vast majority of homeschoolers are white and live above the poverty line, though recent years have seen a rise in black families homeschooling.

Bradley acknowledged another frequent criticism -- that taking her kids out of school does little to improve an education system she believes is "failing" -- but she said ultimately "freedom is a big deal in our country."

"I don't know that it's right for anyone, including the government, to ask families to sacrifice what they think would be best for their child to make a failing system better."