HRW urges Obama to be firm on release of Malaysia opp. leader 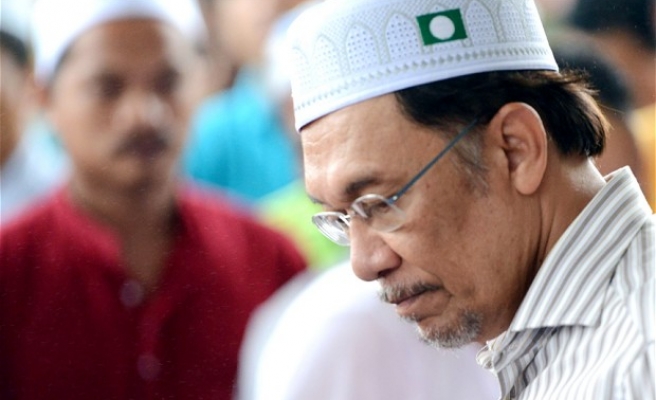 An international human rights body has urged U.S. President Barack Obama to be firm with Malaysia’s premier in calling for the release of the Southeast Asian country’s imprisoned former opposition leader Anwar Ibrahim.

Human Rights Watch (HRW) underlined that Obama must clearly state concern in demanding the release of Ibrahim, whose imprisonment a UN committee has concluded was politically motivated, when he meets Najib Razak at the U.S.-ASEAN Summit next week.

"Obama should not conduct business as usual at the U.S.-Asean summit with Najib," the group’s deputy Asia director, Phil Robertson, said in a statement released Tuesday Malaysia time.

The statement was released days before the first anniversary of a court sentencing Ibrahim to a five-year term on sodomy charges.

Robertson said Obama's move to invite Razak to the two-days summit in California had not been received well among Malaysian activists.

"It would be a betrayal of the people of Malaysia if Obama does not publicly call for Anwar’s release, and the dismissal of politically motivated charges for sedition and other crimes that so many activists in Malaysia face today," he stressed.

Robertson also reiterated HRW's call for Razak's government to unconditionally release Ibrahim as he had been incarcerated was on politically motivated charges, with the UN Working Group on Arbitrary Detention declaring his detention unlawful last November.

The rights group also urged the government to release Ibrahim as soon as possible, with his political rights reinstated.

"Confidence level in Malaysian judiciary system have also eroded each day since Anwar was kept behind bars," said Robertson. "Anwar’s conviction and imprisonment removed a major political threat to the government of Najib."

The statement also underlined the federal government’s responsibility to ensure Ibrahim -- who an opposition MP has said is not receiving proper care for a torn shoulder muscle -- has access to appropriate medical services, and to send him for foreign medical assistance, if necessary.

Ibrahim’s supporters consider the case against him to be aimed at stopping him standing in the 2018 general election.

Ibrahim, a former deputy prime minister and parliamentary opposition leader, has denied the charges under which he was imprisoned, repeatedly insisting that they are baseless and a political vendetta against his image.

He has been the main opponent of the ruling party -- which has been in power from the time of independence in 1957 -- since falling out with the government in the late 1990s.

The 2013 election saw his opposition coalition come close to unseating the government in what Ibrahim dubbed the "worst electoral fraud in our history".