Bermuda was lashed by rough seas, heavy wind gusts and rain and several flights to the island were canceled in anticipation of the storm. 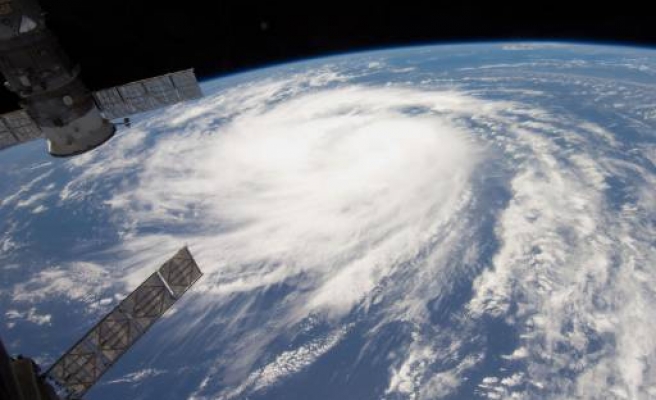 Tropical Storm Humberto became the first hurricane of 2013 over the eastern Atlantic, but posed no threat to land, the U.S. National Hurricane Center said on Wednesday.

The hurricane was about 310 miles (500 km) northwest of the southernmost Cape Verde Islands with top winds of 75 miles per hour (120 kph), the NHC said.

Humberto was expected to pick up speed and turn north during the next two days, forecasters said.

Meanwhile Tropical Storm Gabrielle weakened as it passed Bermuda with maximum sustained winds of 50 miles per hour (80 kph). Gabrielle was about 55 miles (89 km) west of Bermuda, the NHC said, and was expected to continue weakening on its northerly track.

The burst of activity came on schedule as the Atlantic-Caribbean storm season hit its traditional peak.

Humberto was the eighth tropical storm of the Atlantic-Caribbean hurricane season, which runs from June 1 to Nov. 30 and historically peaks on Sept. 10, and the first this year to reach hurricane strength.

The first hurricane of the season usually forms by Aug. 10.

Since the dawn of the satellite era in the mid-1960s, the latest date for the first hurricane to arrive was set in 2002 when Hurricane Gustav made its debut on Sept. 11.

Bermuda was lashed by rough seas, heavy wind gusts and rain and several flights to the island were canceled in anticipation of the storm.

Gabrielle formed last week in the northeastern Caribbean, soaking Puerto Rico as it crossed into the Atlantic. It fizzled quickly, but regrouped over the weekend and became a tropical storm again on Tuesday.