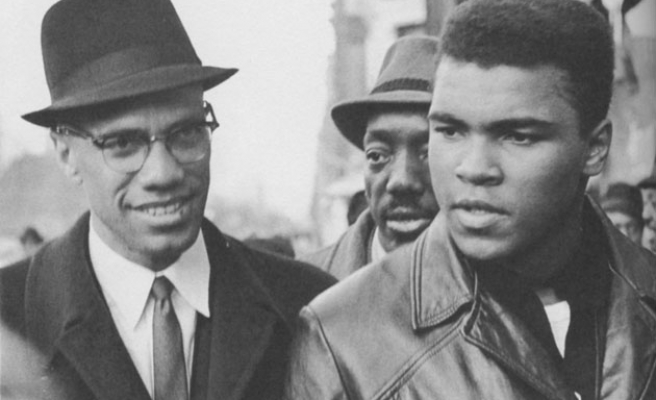 World Bulletin / News Desk
A ceremony was held in New York on Saturday to commemorate American civil rights leader Malcolm X on the 50th anniversary of his assassination.

About 300 people including activists, artists and politicians gathered at the Shabazz Center, formerly known as the Audubon Ballroom, where he was killed 50 years ago.

A blue light shone onto the exact spot where the Muslim leader was delivering a lecture.

“He was just a young man who gave all that he possibly could,” said Shabazz, who called for a reassessment of her father's legacy and contributions to the civil rights movement in the U.S.

Initially a prominent figure in Elijah Muhammad's Nation of Islam movement, he broke away from the group in 1964 and embraced Sunni Islam, adopting the Muslim name el-Hajj Malik el-Shabazz.

Renouncing the separatist beliefs of the Nation of Islam, he attempted to internationalize the plight of African Americans and to make common cause with the oppressed people of the world.

He was assassinated at the Audubon Ballroom in Harlem on Feb. 21, 1965. Three members of the Nation of Islam were convicted for the murder.

His life story -- The Autobiography of Malcolm X -- is considered as one of the seminal non-fiction works of the 20th century.