The Muslim population of Detroit, which filed the largest-ever US municipal bankruptcy with debts of at least $18 billion on July 18, has been affected by the crisis. 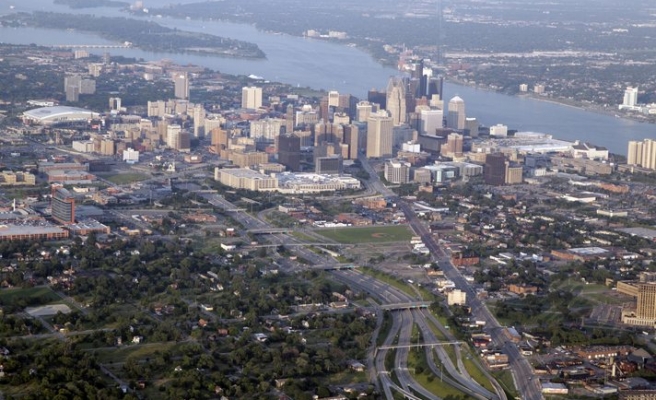 The US city of Detroit, once a symbol of US industrial power, which filed the largest-ever US municipal bankruptcy with debts of at least $18 billion on July 18, houses a high Muslim population, which has also been affected by the latest crisis.

Sufian Nabhan, Executive Board Member of Islamic Center of Detroit told the Anadolu Agency correspondent that Arab communities immigrated to Detroit city in the state of Michigan to lead a more comfortable life a century ago.

Nabhan said there were nearly one million Muslims in the state of Michigan. The Arabs moved to Detroit to work in General Motors, a major US automaker headquartered in Detroit, Ford Motor Co, which is based in the Detroit suburb of Dearborn and Chrisyler, one of the leading auto industry companies.

The city of Dearborn, outside of Detroit, holds the densest Arab community. Ismail Yahya, a member of Islamic Center of Detroit, said the Arabs also flocked into Detriot due to the problems in the Middle east in the 1970s and tyrannizing governments.

The first mosque, Dix Masjid, in the city was built in 1940.

Detroit has issued state-backed bond to meet payroll for its nearly 10,000 employees in recent months. The population of Detroit has decreased by 28 percent since 2000 and its 78,000 buildings have been abandoned, which reduces the quality of life in the city.