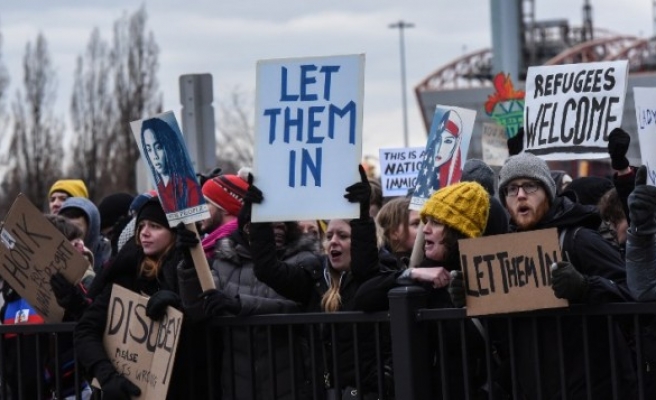 The protesters broke up without conflict after walking to the Trump International Tower from the White House.

However, Trump's latest attempt to curtail immigration to the U.S. has been dealt a legal setback after a Hawaii judge ruled Tuesday that it suffered from the same legal deficiencies as his previous directives.

They were designated because they have either not met higher screening and information sharing requirements or presented what officials call sufficient risk factors.

"The entry restrictions in the proclamation apply to countries based on their inability or unwillingness to share critical information necessary to safely vet applications, as well as a threat assessment related to terrorism, instability, and other grave national security concerns," the White House said after U.S. District Judge Derrick Watson issued his ruling.