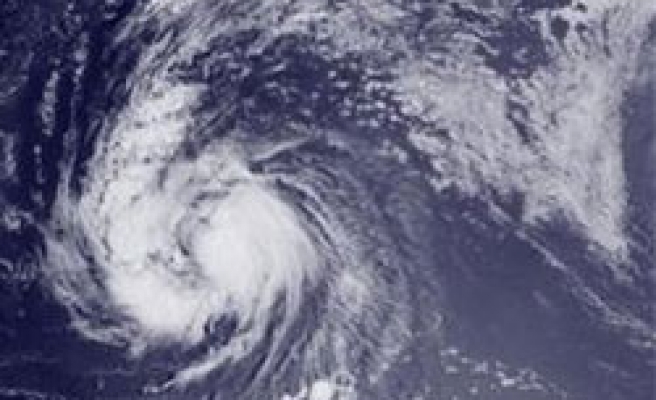 Danielle churned over the Atlantic located about 585 miles (940 km) southeast of Bermuda and was moving northwest at 12 miles per hour (19 km per hour).

Computer models show Danielle tracking northwest and then in a more northerly direction and likely to move east of Bermuda.

The storm is expected to become a Category 4 hurricane in the next 24 hours before weakening in some 48 hours.

In the Pacific, Hurricane Frank, the third Pacific hurricane of the season, formed this week but eventually veered away from Mexico and out to sea.

The Atlantic season's first hurricane was Alex, which churned ashore on the Mexico-Texas border as a Category 2 storm on June 30.

Weather analysts forecast this year's storm season to be particularly active, but so far there have been fewer storms than expected.