Hurricane Danielle weakened to a Category 3 storm on Saturday, as the season's first major hurricane churned over the open Atlantic Ocean. 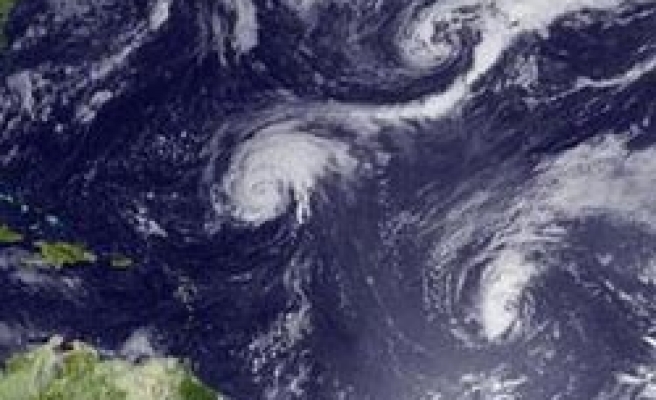 Hurricane Danielle weakened to a Category 2 storm on Saturday and was set to pass east of Bermuda by the end of the day, the U.S. National Hurricane Center said.

The hurricane poses no direct threat to land or the U.S. Gulf of Mexico oil patch.

A tropical storm watch was in effect for Bermuda but computer models showed Danielle passing well east of the island later on Saturday. The Hurricane Center said dangerous surf conditions would affect Bermuda over the next few days.

The storm, which is expected to turn north later on Saturday, will bring swells and dangerous rip currents to the U.S. East Coast this weekend.

Storms packing winds greater than 96 mph (154 kph) are classified as Category 2 on the five-step Saffir-Simpson scale of hurricane intensity. They have extremely dangerous winds that can cause extensive damage.

Another Atlantic storm, Tropical Storm Earl, has strengthened with maximum sustained winds of 60 mph (95 kph), and has triggered a tropical storm watch for Antigua and Barbuda as well as the Dutch Antilles, the Hurricane Center said.