Hurricane Earl on path toward US East Coast

Hurricane Earl followed a path toward the U.S. East Coast on Tuesday 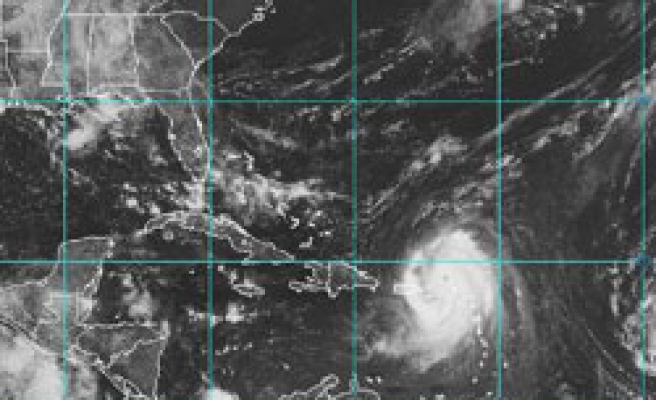 Hurricane Earl followed a path toward the U.S. East Coast on Tuesday as the powerful storm pulled away from northeastern Caribbean islands it had pounded with winds and rain, the U.S. National Hurricane Center said.

Forecasters said it was still unclear which part of the U.S. eastern seaboard that Earl, the second major hurricane of the 2010 Atlantic season, might affect later in the week.

"Interests from the Carolinas northward to New England should monitor the progress of Earl," the Miami-based hurricane center said in its 5 a.m. (0900 GMT) advisory.

Earl was a strong Category 4 storm with top sustained winds of 135 miles per hour (215 kph) and was 290 miles (470 km) east-southeast of Grand Turk Island. It was moving west-northwest on a curving track the hurricane center said could take it near Cape Hatteras, North Carolina, on Thursday and Friday.

The storm center was moving farther from the U.S. island territory of Puerto Rico and was forecast to cross the open Atlantic east of the Turks and Caicos island later on Tuesday.

On its current path, Earl posed no threat to the Gulf of Mexico, where major U.S. oil and gas installations are located.

A direct hit on the U.S. East Coast could not be ruled out, and Earl was expected to bring drenching rain, dangerous seas and surf and gusting wind to the Atlantic Coast from North Carolina to New England and Canada, said Alex Sosnowski, a senior meteorologist for private forecaster AccuWeather.

If Earl swings farther west than expected, heavy rain could sweep the Interstate 95 corridor from North Carolina to Washington, Philadelphia and New York City, he said.

Hovensa LLC said operations were normal at its 500,000 barrel-per-day refinery on the island of St. Croix, but that the refinery's harbor and all other ports in the U.S. Virgin Islands had been closed because of Earl., Royal Caribbean and Norwegian Cruise Line -- changed their Caribbean itineraries and rerouted at least seven ships to avoid the storm.

In Antigua, some flooding in low-lying areas was reported. After the hurricane passed, Antigua and Barbuda declared a national holiday to allow residents of the twin-island state to mop up.

The ports of the U.S. Virgin Islands and the Puerto Rican ports of Vieques, Culebra, Fajardo, and San Juan were closed, the U.S. Coast Guard said. Government offices and schools in eastern Puerto Rico were shut.