Hurricane Igor churned westward in the Atlantic Ocean as a dangerous Category Four storm and could strengthen even further on Monday, forecasters said. 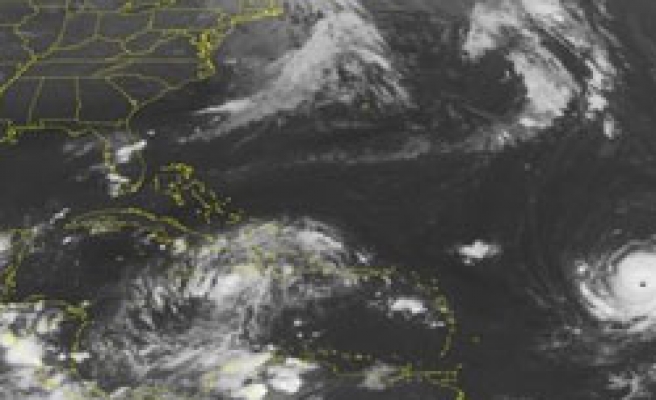 Hurricane Igor churned westward in the Atlantic Ocean as a dangerous Category Four storm and could strengthen even further on Monday, forecasters said.

The U.S. National Hurricane Center said Igor packed maximum sustained winds of 150 miles (240 km) per hour and on Monday could turn into a Category Five storm on the five-step Saffir-Simpson scale of hurricane intensity.

Igor, the fourth hurricane of the 2010 Atlantic season, was located about 940 miles (1,515 km) east of the Caribbean's northern Leeward Islands at 5 a.m. EDT (0900 GMT), the Miami-based center said. Hurricane force winds extended outward up to 40 miles (65 km) from the center and tropical storm force winds reached out up to 175 miles (280 km), it said.

Igor is moving west and is expected to turn toward the west-northwest and slow its pace by late Monday or Tuesday.

"Some fluctuation in intensity is likely during the next 48 hours and Igor could become a Category Five hurricane today (Monday)," the center said.

Computer models project Igor would stay in the Atlantic for the coming days and not enter the Gulf of Mexico, where U.S. oil and gas operations are clustered.

Veteran forecaster Jeff Masters said on Sunday on his Weather Underground blog (www.wunderground.com) that Igor may threaten Bermuda but had only a small chance of making landfall on the U.S. East Coast or in Canada.

Masters and other forecasters said it was still too early to make any definitive predictions about Igor's long-term fate.

Meanwhile, Tropical Storm Julia also posed no immediate threat to land and was heading in a westerly direction as it swirled off the Cape Verde islands. It packed top sustained winds of 40 miles (65 km) per hour, the hurricane center said.

"Some strengthening is forecast during the next 48 hours and Julia could become a hurricane in a couple of days," the center said.

Most forecasters predicted the 2010 Atlantic hurricane season to be extremely active. Besides Igor, three hurricanes -- Alex, Danielle and Earl -- formed earlier in the season, the last two reaching Category 4 strength.