Katia could become a "major" hurricane on Monday, with maximum sustained winds of at least 111 mph (178 kph). 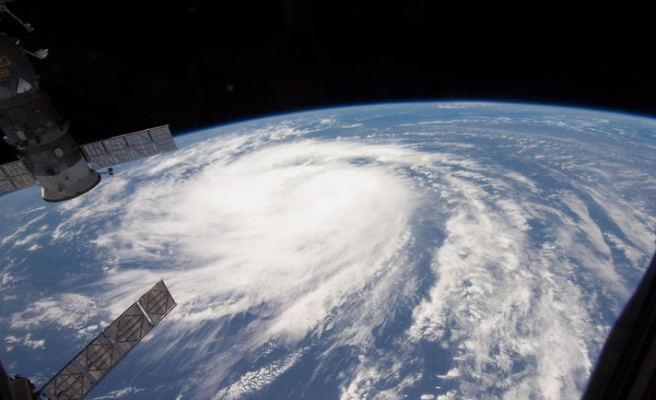 Hurricane Katia intensified over the open Atlantic on Sunday, bulking up to a powerful Category 2 storm, the U.S. National Hurricane Center said.

The Miami-based hurricane center said it was still too soon to gauge the potential threat to land or to the U.S. East Coast with any degree of certainty.

But most computer models showed it veering on a northeast track out to sea after moving safely west of the mid-Atlantic island of Bermuda later this week.

"(Ocean) swells associated with Katia are already approaching parts of the east coast of the United States. Even if Katia does not directly impact the United States, the threat for high surf and rip currents along east coast beaches is expected to increase over the next few days," the hurricane center said.

It said Katia could become a "major" hurricane on Monday, with maximum sustained winds of at least 111 mph (178 kph).

Uncertainty over the storm's definitive track was partly due to Tropical Storm Lee's presence over the Gulf of Mexico and the effect it could have on Katia's circulation later this week, forecasters said.

Katia is the second hurricane of the June-through-November Atlantic hurricane season. The season is entering what has traditionally been its most active period.

Several U.S. states, including New Jersey and Vermont, are still recovering from extensive flooding caused by Hurricane Irene, which rampaged up the East Coast a week ago.