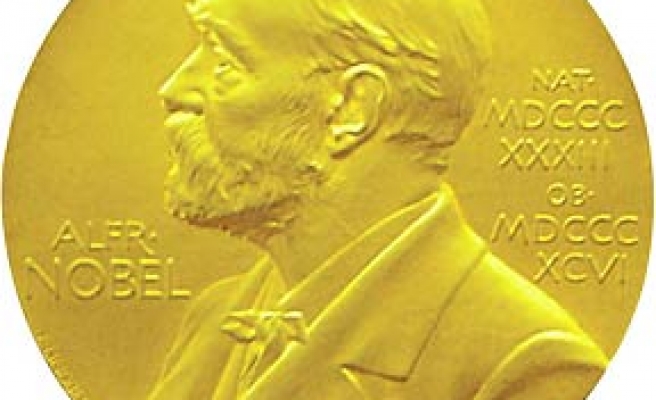 More than one-third of U.S. Nobel prize winners in chemistry, medicine and physics are immigrants, a new report shows.

The report, released Thursday by the National Foundation for American Policy, a conservative research group, shows that since 2000, two dozen immigrants won Nobels in those fields, out of 68 U.S. prizewinners in chemistry, medicine and physics.

The NFAP hopes the research shows the contributions of immigrants in important fields will bolster the chances for the passage of immigration reform, which has been mired in Congress this term.

While the U.S. Senate passed an immigration bill last year, the measure has stalled in the House of Representatives where Republicans remain deeply split over what to do about the more than 11 million undocumented U.S. residents. Many Republicans want to await the outcome of November's elections before revisiting the issue.

Opponents of the reform say immigration is holding down pay, stealing jobs from Americans, and in the case of undocumented workers, potentially rewarding those who didn't immigrate through legal channels.

Legislation dating from 1965 that lifted quotas on national origin, a key driver of Asian immigration to the United States, coupled with 1995 legislation that increased employment-based immigration, have helped build the surge of U.S. Nobel prize winners, the report said.

The United States should increase the numbers of both native born and immigrant students in key fields through initiatives such as focusing on higher-quality education, said Joe Green, the head of Facebook -backed advocacy group Fwd.Us, on a phone call with reporters about the report.