Eve Adams said she could no long support “mean-spirited leadership that divides people instead of bringing them together.” 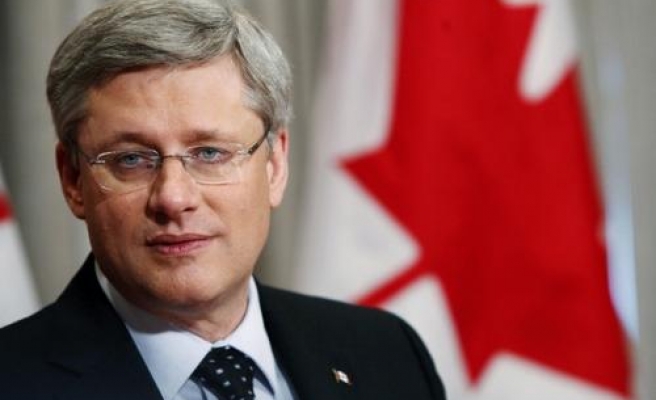 A Canadian legislator called Conservative Prime Minister Stephen Harper "mean spirited" on Monday as she defected to the opposition Liberals, the second surprise departure in a week from a government facing an October election.

"I can no longer support mean-spirited leadership that divides people instead of bringing them together," she said.

The move follows Foreign Minister John Baird's surprise resignation last week, which came amid talk of a split with Harper's office over Russia policy and other issues.

Harper has been in power since early 2006 and most polls show the Conservatives neck-and-neck with the Liberals. If an election were held now, the most likely result would be that Harper would lose his majority in the House of Commons.

The defection was not entirely surprising as Adams had fallen out with the Conservatives in a messy row over her nomination.

The Conservatives said they told Adams on Jan. 29 she would not be allowed to run for the party in October on the grounds of misconduct. In public and private, well-placed Conservatives told Reuters they were glad she had gone.

But Adams had also served as parliamentary secretary for health, a sign Harper had once had some trust in her.

She said her defection reflected unhappiness among some Conservative legislators over Harper's tight control over government and party.

"I want to work with someone who inspires, not with fear-mongerers and bullies," she said. At least 25 Conservative members of Parliament, more than 15 percent of the total, have announced they will not run again.

Pollster John Wright of Ipsos Reid said voters would notice that soon after Baird quit abruptly, another member of Parliament had gone. But he added it was too soon to speculate on whether this would significantly affect Harper's support.

The official opposition New Democrats, the second-largest party in the House of Commons, accused the Liberals of cynically welcoming a legislator who had fallen out with Harper.

Adams' defection means the Liberals have 36 seats in the 308-seat House, compared with 95 for the New Democratsand 162 for the Conservatives.

Her departure marks the first time a Conservative legislator has crossed directly to the Liberals since Harper has been prime minister.

Adams is also the fiancée of Dimitri Soudas, a consultant who in the past worked as both Harper's chief spokesman and the Conservative Party's executive director before he too split unhappily with the party.

Adams represents Mississauga-Brampton South, which is just outside of Toronto, a region where the Liberals must win seats to stand a chance of taking power.

"We can do better for Canadians. I'm pleased that Eve is joining us today to help us do just that," Trudeau said.

Harper appointed Defence Minister Rob Nicholson to replace Baird on Monday. He also announced that Employment Minister Jason Kenney, a Conservative Party heavyweight, would take over at the Defence Department.