Alabama-based Signal International was guilty of labor trafficking, fraud, racketeering and discrimination and ordered it to pay $12 million. Its co-defendants, a New Orleans lawyer and an India-based recruiter, were also found guilty and ordered to pay an additional $915,000 each. 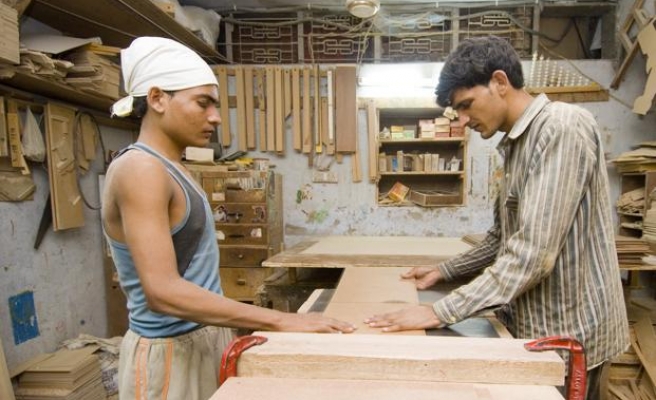 A New Orleans jury on Wednesday awarded $14 million to five Indian men who were lured to the United States and forced to work under inhumane conditions after Hurricane Katrina by a U.S. ship repair firm and its codefendants.

After a four-week trial, the U.S. District Court jury ruled that Alabama-based Signal International was guilty of labor trafficking, fraud, racketeering and discrimination and ordered it to pay $12 million. Its co-defendants, a New Orleans lawyer and an India-based recruiter, were also found guilty and ordered to pay an additional $915,000 each.

The trial was the first in more than a dozen related lawsuits with over 200 plaintiffs that together comprise one of the largest labor trafficking cases in U.S. history.

Signal recruited about 500 Indian men as guest workers to repair oil rigs and facilities damaged by Hurricane Katrina in 2005, according to plaintiffs.

The workers paid $10,000 apiece to recruiters and were promised good jobs and permanent U.S. residency for their families, according to the suit. When the men arrived at Signal shipyards in Pascagoula, Mississippi, they discovered that they would not receive promised residency documents.

Signal also charged the men $1,050 per month to live in guarded labor camps where up to 24 men lived in single 1,800-square-foot (167-square-metre) units, according to the suit.

An economist who reviewed Signal's records for the plaintiffs estimated the company saved more than $8 million by hiring the Indian workers.

"The defendants exploited our clients, put their own profits over the lives of these honorable workers, and tried to deny them their day in court," plaintiffs' attorney and Southern Poverty Law Center board chairman Alan Howard said in a statement.

The center identified plaintiffs as Jacob Joseph Kadakkarappally, Hemant Khuttan, Andrews Issac Padaveettiyl, Sony Vasudevan Sulekha and Palanyandi Thangamani. Most of them are from Kerala.

Signal said in a statement that it is weighing an appeal.

"Signal strongly disagrees with rulings from the court in the case which impacted its ability to present defenses and is disappointed with the verdict," the company said.

Separately, a suit brought by the U.S. Equal Employment Opportunity Commission alleging that Signal retaliated against its workers is slated for trial in June.

In March 2007, Signal's private security guards detained several workers during a pre-dawn raid of their quarters, including two the company planned to deport for complaining to workers rights advocates, according to the suit.