Some Republicans held off calling for immediate new sanctions, but insisted Congress must be allowed to weigh in on any final nuclear agreement with Iran. 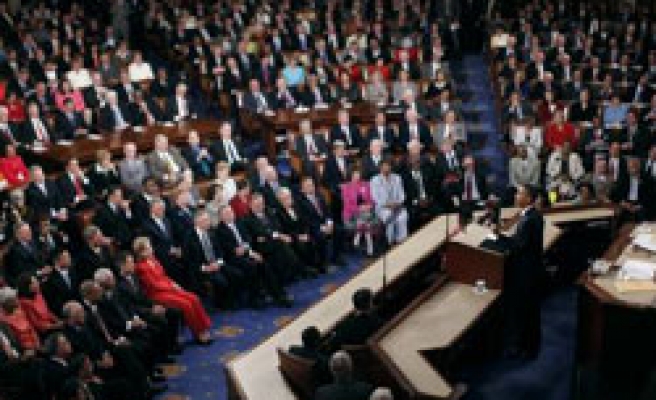 Several U.S. Republican lawmakers insisted on Monday that the extension of nuclear talks with Iran be accompanied by increased sanctions, setting the stage for a battle with the Obama administration after their party takes full control of Congress next year.

Senators John McCain, Lindsey Graham and Kelly Ayotte, three of the party's leading foreign policy voices, said they view Iran's insistence on having any enrichment capability at all as problematic and warned that a "bad deal" would lead to a nuclear arms race in the Middle East.

"We believe this latest extension of talks should be coupled with increased sanctions and a requirement that any final deal between Iran and the United States be sent to Congress for approval," they said in a statement.

Iran and six powers failed on Monday for a second time this year to resolve the 12-year dispute over Tehran's nuclear ambitions, and gave themselves seven more months to resolve the deadlock that has prevented an historic deal.

John Boehner, the Republican Speaker of the House of Representatives, said an extension only allows the administration to make more concessions to Iran.

Some Republicans held off calling for immediate new sanctions, but insisted Congress must be allowed to weigh in on any final nuclear agreement with Iran.

Senator Bob Corker, the top Republican on the Senate Foreign Relations Committee, said Congress must be given say on a deal and should begin preparing alternatives, including tougher sanctions, in case negotiations fail.

"I would rather the administration continue to negotiate than agree to a bad deal that would only create more instability in the region and around the world," Corker said in a statement.

President Barack Obama's fellow Democrats, who blocked a largely Republican attempt to tighten sanctions a year ago, backed the extension, saying Congress should not do anything that might imperil the talks.

"A collapse of the talks is counter to U.S. interests and would further destabilize an already volatile region," said Democratic Senator Dianne Feinstein, who chairs the Senate Intelligence Committee.

Obama has insisted that more sanctions imposed by Washington would antagonize Iran, anger other countries now supporting international sanctions and collapse the negotiations.