Iran on agenda for White House aide talks in Israel

The Obama administration made clear that Rice's trip is part of regularly scheduled talks and that the stalled Middle East peace discussions are not on the agenda. 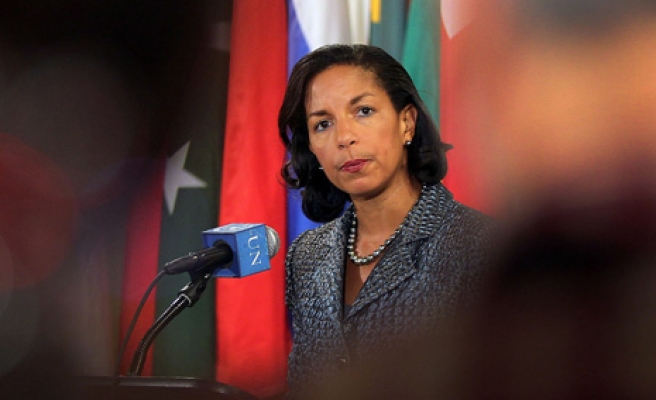 U.S. National Security Adviser Susan Rice will travel to Israel on Wednesday and Thursday for meetings with Israeli officials in which nuclear talks with Iran will be on the agenda, the White House said on Tuesday.

Rice's visit, the first in her role as national security adviser, comes as peace talks between Israel and the Palestinians have collapsed. The Obama administration made clear that Rice's trip is part of regularly scheduled talks and that the stalled Middle East peace discussions are not on the agenda.

However, White House Spokesman Jay Carney said negotiations with Iran over its nuclear program will be on the agenda, among other topics.

At the same time, Carney cautioned that talks between Iran and six world powers on the decade-old nuclear dispute are not complete. He said Rice's meetings in Israel would not produce any new developments on that front.

Rice is leading a multi-agency delegation to the U.S.-Israel Consultative Group that regularly brings together senior officials to discuss bilateral and regional security issues, the White House said. The U.S. delegation includes representatives from the departments of State, Defense, Treasury and the intelligence community, it added.

Rice is due to meet separately with Israeli President Shimon Peres and Prime Minister Benjamin Netanyahu, the White House said.

Separately, Iran, the United States, France, Germany, Britain, China and Russia are working to reach a long-term accord on ending the dispute over Tehran's atomic activities by a self-imposed July 20 deadline.

Russia's chief negotiator said on Tuesday the parties could agree on parts of the text of an agreement when they meet for a new round of negotiations in Vienna next week.