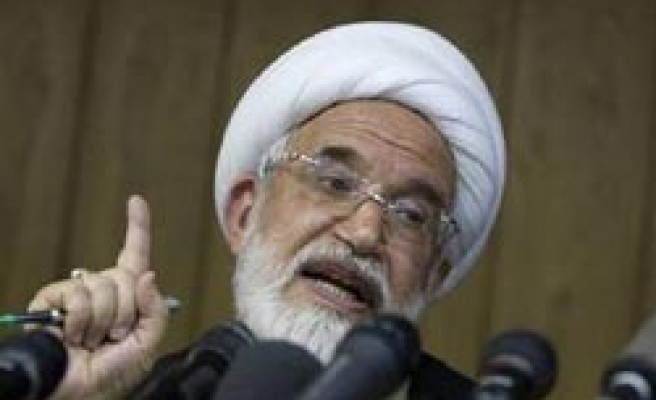 A U.S. web-hosting company has shut the website of an Iranian opposition leader held under house arrest in Tehran to comply with U.S. sanctions, underscoring the unintended impacts of some of the curbs imposed on the Islamic Republic.

Washington has imposed sanctions restricting U.S. entities' trade with and provision of services to Iran in a dispute over Tehran's nuclear programme. The June election of centrist cleric Hassan Rouhani to the presidency has raised hopes of a settlement and lifting of some sanctions.

Hosting company Just Host shut down the website of Mehdi Karoubi, a reformist cleric, in August, his former aide said.

Karoubi disputed the 2009 presidential election that returned Mahmoud Ahmadinejad to office, and protests broke out across Iran. He and fellow reformist leader Mirhossein Mousavi have been held under house arrest since February 2011.

Mohammad Hossein Ziya, a former aide to Karoubi who runs his website from the United States, said he received a notice in August from Just Host telling him it could no longer host Karoubi's personal site, www.karroubi.ir.

In a letter to Ziya which he showed to Reuters, the company cited sanctions imposed by the Office of Foreign Assets Control (OFAC), under the U.S. Treasury Department.

"What's frustrating is that on one hand, our sites are filtered inside Iran and so Iranian companies are fearful of providing services to us, and on another hand we face the sanctions," Ziya said. "It's like being caught in a pair of scissors."

Iranian officials and opposition figures alike have criticised the sanctions for blocking vital imports, while dissidents say they hurt their ability to organise.

Tehran maintains an extensive web filter and blocks sites it deems critical of the government, including Karoubi's personal site, which includes statements, pictures, a biography and news related to the former parliament speaker.

The U.S. Treasury Department loosened some sanctions in May, issuing a general licence allowing U.S. firms to sell services and technology used for personal communications to Iranians.

A U.S. Treasury official declined to comment specifically on the closure of Karoubi's website, but said the general licence allows provision of hosting services to Iranians for personal communications.

Deanne Dunne, a spokeswoman for Just Host's parent company Endurance International, in response to a Reuters query noted the licence excludes the provision of hosting services that are for purposes other than personal communications.

"As a provider of cloud-based web solutions for small businesses and individuals, we are subject to the OFAC regulations," Dunne said in an email. "This means that we cannot provide paid-for web hosting services to residents of certain sanctioned countries, including Iran."

Iran's Institute for Research in Fundamental Sciences, affiliated with the Ministry of Science, Research and Technology, licenses the .ir domain, according to its website.

But OFAC would likely grant Ziya or the firm a licence to run the site, Burns said.

"OFAC has said, generally speaking, it will grant such a licence," he said. "Once he has the licences ... the web hosting service ought to do it."

Dunne said Endurance International would apply to OFAC for a licence to provide services to a particular website if it fell "within the spirit of the general licence".

"However, unless and until we are granted a licence, we cannot provide any services to individuals resident in Iran," she said.