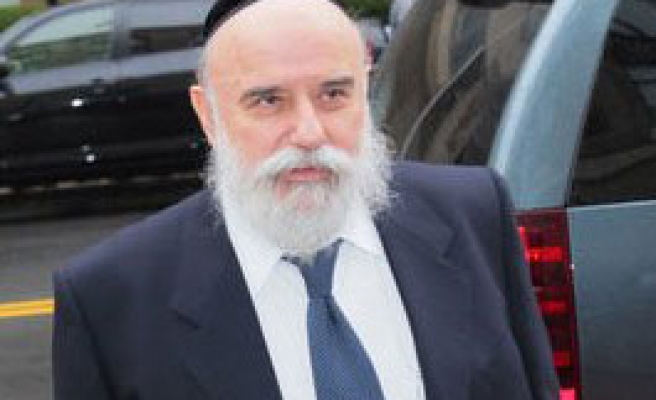 An Israeli man who pleaded guilty to illegally brokering kidney transplants for profit in the United States, the first such conviction under federal law, was sentenced on Wednesday to 2-1/2 years in prison, prosecutors said.

He also pleaded to a count of conspiracy to broker a fourth kidney transaction following a sting operation leading to his arrest involving an undercover FBI agent who pretended to have a sick uncle.

Prosecutors said Rosenbaum typically found donors in Israel through newspaper advertisements who were willing to give up a kidney in exchange for payment, and that he helped arrange the necessary blood tests to ensure a match and for the donors' travel to the United States.

He also helped donors and recipients invent a cover story to trick hospital staff into thinking the donation was a purely altruistic exchange between friends or relatives, which is legal, rather than an illegal business deal, according to prosecutors.

Paul J. Fishman, the New Jersey U.S. Attorney, whose office prosecuted the case, said Rosenbaum was motivated by profit, not the saving of lives.

"A black market where the moneyed sick can buy replacement parts from the less fortunate is not only grim, it apportions lifesaving treatments unfairly, insults donor dignity, and violates the law," Fishman said in a statement following the sentencing by Judge Anne E. Thompson.

"Prison is an appropriate punishment for Levy Rosenbaum's illegal capitalization on others' desperation. Although Rosenbaum painted himself as a benevolent kidney matchmaker, the criminal profits went right into his pocket."

Rosenbaum's lawyers could not immediately be reached for comment. Rosenbaum had been facing up to five years in prison for each of the four counts to which he pleaded guilty, prosecutors said.

Rosenbaum had earlier agreed to forfeit the $420,000 he had made in the kidney brokering cases for which he was convicted. He is due to begin his sentence on Oct. 12. As he is not a U.S. citizen, immigration authorities will decide whether to attempt to deport him once he has finished his sentence.