Juror says Zimmerman case was not about race

"All of us thought race did not play a role," the juror told Anderson Cooper in an interview with her identity concealed about a case which has polarized the U.S. public over the past 16 months and prompted protests in several major cities. 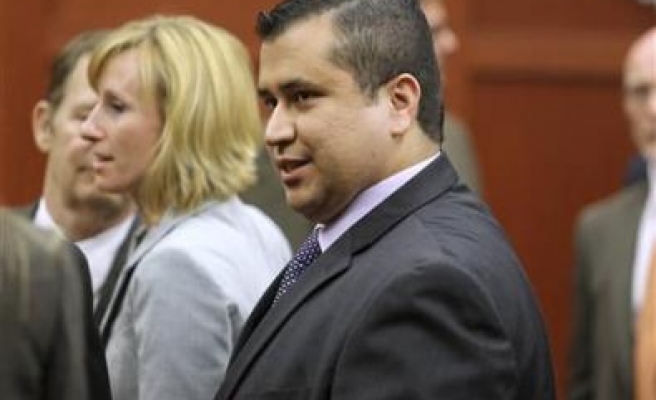 The George Zimmerman trial was not about race and the Florida neighborhood watch volunteer was justified in firing the shot that killed Trayvon Martin because he feared for his life, one of the jurors told CNN on Monday.

Juror B-37, a mother of two who grew up in a military family and used to have a permit to carry a concealed weapon, said she did not believe Zimmerman called police to report a suspicious person because the teenager was black.

"All of us thought race did not play a role," the juror told Anderson Cooper in an interview with her identity concealed about a case which has polarized the U.S. public over the past 16 months and prompted protests in several major cities.

A jury of six anonymous women - all white, except one - found Zimmerman not guilty of second-degree murder and manslaughter on Saturday after a three-week trial in which defense lawyers argued that he shot Martin in self-defense.

"He had a right to defend himself," the juror said, adding she believed Martin started the fight and threw the first punch.

"I think Trayvon got mad and attacked him," said the juror, who, according to her literary agent, has abandoned her plans to write a book about why she found Zimmerman not guilty of murder.

After the verdict in Sanford, Florida, civil rights activists called for federal charges against the neighborhood watchman, saying the trial failed to serve justice.

Police in California made several arrests late on Monday as anger at the acquittal flared in Los Angeles and Oakland.

Los Angeles police arrested one person after a prayer vigil for Martin turned rowdy, while in Oakland, police made multiple arrests at a street protest. Officers did not say how many people were arrested.

The juror told CNN that an initial poll of the six women showed three favored not guilty, two voted for manslaughter and one opted for second-degree murder.

Sounding tearful at times, she said the jury worked hard to reach a verdict, and cried over the decision.

"I want people to know that we put everything into it," she said. "We thought about it over and over."

On one crucial point of contention, she said most, if not all, six jurors believed it was Zimmerman and not Martin who was calling for help in the background of a 911 emergency call.

Martin's mother and brother testified it was Martin's voice screaming for help while Zimmerman's parents and several friends swore they recognized it as Zimmerman's voice.

"I think it was George Zimmerman's. All but probably one (juror agreed)," she said.

Where she did fault Zimmerman was for showing bad judgment after calling police to report a suspicious person. Zimmerman got out of his car after an emergency dispatcher had admonished him not to follow the person.

Juror B-37 said the altercation could have been avoided if both men had just walked away.

"I feel sorry for both of them," she said.