Clashes between Assad forces and rebels have damaged historical sites and buildings throughout Syria. 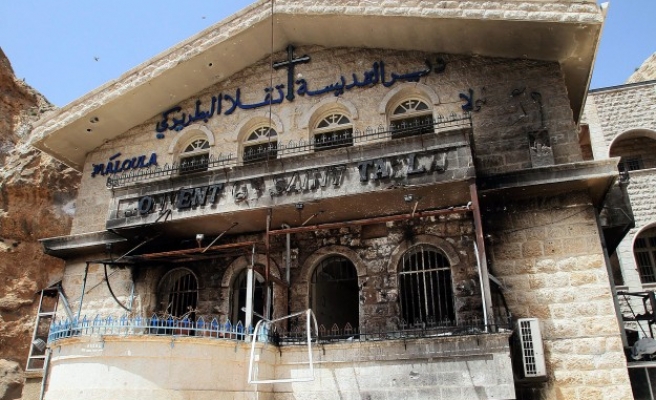 Kerry broke away from meetings focused on the defeat of ISIL forces to attend a program entitled "Heritage in Peril: Iraq and Syria" at the Metropolitan Museum of Art.

The event came just hours before the United States announced it had conducted air strikes inside Syria against ISIL forces.

Clashes between Assad forces and rebels have damaged historical sites and buildings throughout Syria. There has also been illegal looting of artefacts from archaeological sites during Syria's more than three-year civil war.

"Ancient treasures in Iraq and in Syria have now become the casualties of continuing warfare and looting," Kerry told the event. "And no one group has done more to put our shared cultural heritage in the gun sights than ISIL."

The event also marked the opening of an exhibition on Islamic Art entitled, "Assyria to Iberia at the Dawn of the Classical Age," which features some 260 works of art on loan from major collections in Europe, the Caucasus, the Middle East, North Africa and the United States.

Kerry appeared at the event alongside archaeologist Michael Danti, who spent more than two decades researching Syria's cultural treasures until the conflict erupted, and UNESCO chief Irina Bokova. The United States froze funding to UNESCO in 2011 after it admitted the Palestinian Authority as a full member.

"The destruction of their heritage is a purposeful final insult, and another example of ISIL's implacable evil," said Kerry.

He said the destruction of shrines, historic statues and temples in both Syria and Iraq was tantamount to "cultural barbarism at its worst."

"It's not just that the forces of extremism threaten to take us back to the Stone Age," he said, "Extremists want to rob future generations of any connection to this past."