Kerry called off a planned visit to the Philippines due to an approaching typhoon. 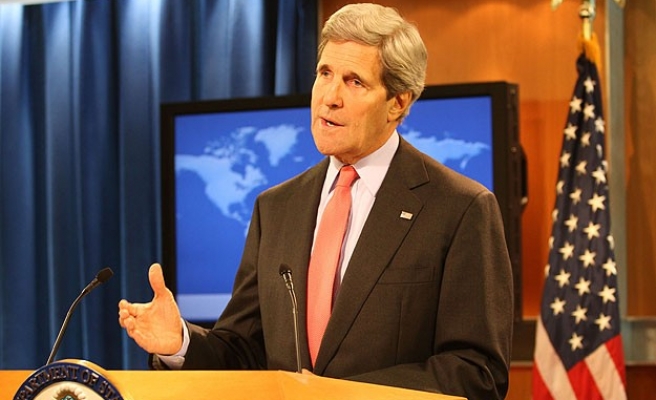 U.S. Secretary of State John Kerry on Thursday called off a planned visit to the Philippines due to an approaching typhoon, a week after President Barack Obama also cancelled a trip to the U.S. ally because of the federal government shutdown.

Kerry, flanked by Philippine Foreign Minister Albert del Rosario at the East Asia Summit in Brunei, said the decision was made based on "the judgment of our pilots and the airlines" due to the typhoon.

He was scheduled to be in Manila on Friday.

"I want to emphasize the strength of our relationship and the bilateral ties that we have that are literally unbreakable," Kerry added, adding that he was committed to returning to the region "within a month or so" on a visit that would include the Philippines.

"This is a big storm. Obviously storms can change paths at the last minute."

Obama's cancellation was seen as a blow to Washington's steady rebuilding of ties with the Philippinesas part of its strategic rebalancing of military and commercial ties towards Asia. Washington is helping to upgrade the Philippines' ill-equipped military, and is in talks for an agreement on establishing a rotational presence of U.S. forces there.

Philippine President Benigno Aquino has launched a $1.8 billion modernisation programme and revived plans to build new air and naval bases at Subic Bay, the largest U.S. military installation in Southeast Asia before it was shuttered in 1992.