"In effect, they were restoring democracy," Mr. Kerry said of Egypt's military to Pakistan's Geo News while in Pakistan on Thursday. 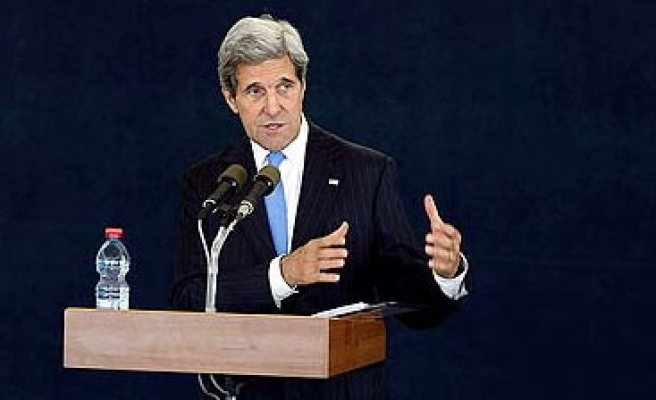 US Secretary of State John Kerry gave his strongest approval yet to Egypt's military ouster of President Mohammed Morsi, praising the country's leading generals just after civilian officials warned of their plans to disperse a large pro-Morsi encampment in Cairo.

"In effect, they were restoring democracy," Mr. Kerry said of Egypt's military to Pakistan's Geo News while in Pakistan on Thursday.

"The military did not take over, to the best of our judgment—so far, so far—to run the country. There's a civilian government."

The comments were the closest the Obama administration has come to endorsing the military's July 3 removal of Mr. Morsi, Egypt's first democratically elected president, following huge demonstrations against his rule. Washington's stated policy has been that it doesn't support Mr. Morsi's overthrow and that it seeks a quick restoration of civilian rule in Cairo.

"He did not stick to the script," said a U.S. official, referring to Mr. Kerry's comments.

Commenting on Kerry's words on Egypt, Bozdag asked on Twitter: "Has the military built democracy in the US or European countries? Coups won't bring democracy; in fact they will kill and destroy the democratic paths. Just like it did in Egypt."