"We have to make it absolutely clear to the Kremlin that NATO territory is inviolable we will defend every single piece of it," he said 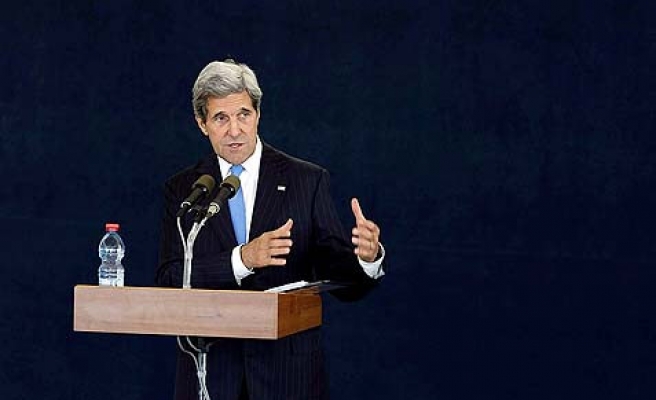 The United States said on Tuesday Washington and its allies would stand united in their support of Ukraine, while warning Russia that NATO territory was inviolable and the alliance would defend every piece of it.

"Today Russia seeks to change the security landscape of Eastern and Central Europe," U.S. Secretary of State John Kerry said in a speech in Washington referring to Russia's occupation of Crimea and the threat it posed to eastern Ukraine.

"Whatever path they (Russia) choose, I can guarantee this: the United States and our allies will stand together in support of Ukraine," Kerry said.

"And most important, together we have to make it absolutely clear to the Kremlin that NATO territory is inviolable. We will defend every single piece of it," he added.

"Article V of the NATO treaty must mean something, and our allies on the frontline need and deserve no less," Kerry said, referring to the NATO agreement that any attack on one member is an attack on all.

NATO, the 28-member alliance dominated by the United States, has made clear it does not plan to get involved militarily in Ukraine, which is not a NATO member.

But it announced plans last week to send more ships, planes and troops to eastern Europe to reassure members of the alliance, particularly the ex-Soviet republics in the Baltics, worried by Russia's annexation of Ukraine's Crimea region.

In a call to NATO members, Kerry said it was time for allies whose spending was below the NATO benchmark of 2 percent of GDP to make "credible commitments" to increase their spending over the next five years.

Kerry said the United States and its European allies had tried over the years to engage with Russia. "But what Russia's actions in Ukraine tell us, is that today, (President Vladimir) Putin's Russia is playing by a different set of rules."

He said that while Ukraine had acted immediately to implement an agreement to de-escalate the crisis reached in Geneva on April 17 "not one single step has been taken by Russia in any public way that seriously attempts to live by the spirit or the law of what was assigned in that agreement."

Kerry, who spoke at a Washington think tank event attended by ministers from several EU and NATO countries, said the United States and its allies had to ensure European countries were not dependent on Russian energy supplies.