'We are gonna have the meeting and they (the talks) are gonna start, we will have clarity I hope within 24 hours, somewhere like that, 48, something pretty soon,' US Secretary of State says 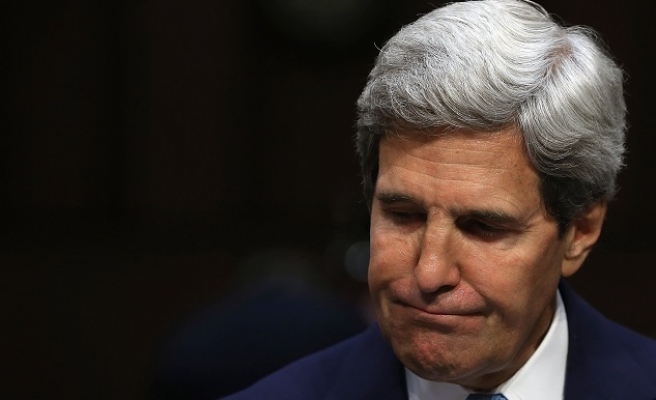 U.S. Secretary of State John Kerry on Monday said he hoped for "clarity" within 48 hours on the parameters of peace talks aimed at ending Syria's five-year war.

Speaking in Laos, America's top diplomat said he has held a flurry of conversations with key parties including his French, Turkish, Russian and Saudi counterparts.

He has also spoken with UN special envoy to Syria, Staffan de Mistura "to make sure everybody is on the same page" ahead of the talks, which had been slated to begin on Monday but now appear in doubt.

"We are gonna have the meeting and they (the talks) are gonna start, we will have clarity I hope within 24 hours, somewhere like that, 48, something pretty soon," Kerry told reporters during a trip to Laos.

Kerry's efforts are part of the biggest diplomatic push yet to resolve a civil war that has ground on for almost five years ago.

Representatives of the Syrian government and opposition had been set to meet in Geneva on Monday as part of a UN-endorsed 18-month peace plan.

But a dispute over whether armed groups should be able to sit at the table to represent the opposition, appears to have delayed the talks.

UN envoy de Mistura was due to hold a news conference later Monday in Geneva to discuss preparations.