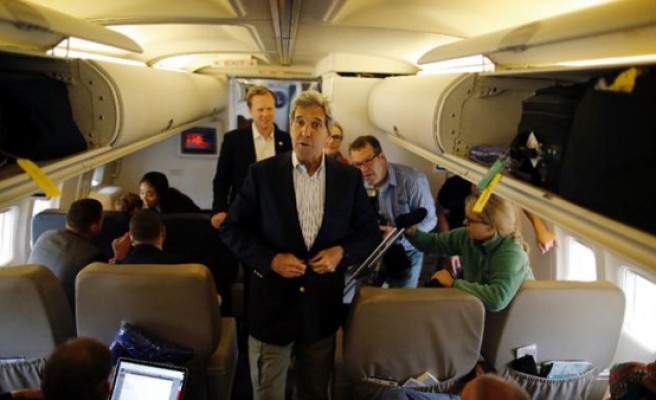 America’s top diplomat will visit Central Asian republics later this month where he will participate in joint meetings with foreign ministers of nations, the State Department said Tuesday.

"This meeting, a new format for dialogue between the United States and the Central Asian republics, known as the C5-plus-1, will allow the secretary and ministers to discuss regional and global opportunities as well as challenges," said spokesman John Kirby.

John Kerry's visit begins Oct. 28 in Austria and will take him to Kyrgyzstan, Uzbekistan, Kazakhstan, Tajikistan, and Turkmenistan. It will be the first ever visit by a Secretary of State to all five Central Asian republics during the same trip.

"While in Vienna, the secretary will hold bilateral and multilateral meetings with foreign counterparts to discuss the ongoing crisis in Syria," said Kirby.

In Kyrgyzstan, Kerry will take part in opening of a new campus of the American University of Central Asia and dedicate the new Chancery of the U.S. Embassy.

He will deliver a speech in Kazakhstan and participate in the fourth bilateral partnership talks between the two countries.

While in Tajikistan and Turkmenistan, Kerry is expected to discuss a range of bilateral and regional issues.