"Regrettably, President Maduro keeps choosing to blame the United States for things we are not doing or for things that they are unhappy about in their own economy and their own society," Kerry said. 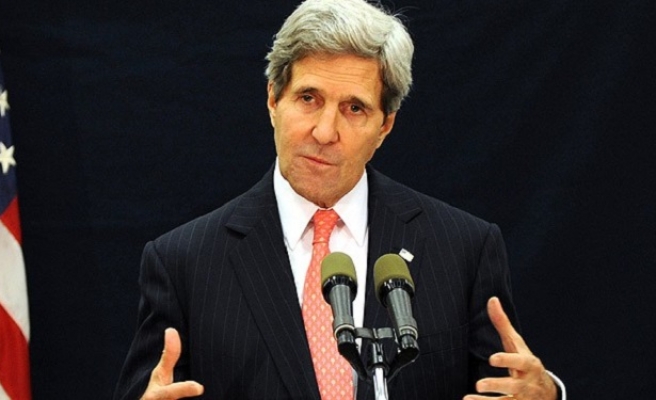 The United States is seeking to improve relations with Venezuela's new government but will not stand by when Caracas falsely accuses it of stoking violence, U.S. Secretary of State John Kerry said on Wednesday, a day after Washington ordered three Venezuelan diplomats to leave the country.

Kerry said he had met and talked by phone to his Venezuelan counterpart since last year to ease long-standing tensions with Caracas that date back to the rule of late socialist leader Hugo Chavez.

Those tensions have continued under Chavez's successor, President Nicolas Maduro, who expelled three U.S. embassy staff he said had been recruiting students to rise up against him. Washington called the accusations baseless and gave the three Venezuelan diplomats 48 hours to leave.

Unrest in Venezuela has killed at least 13 people in recent weeks as students and others took to the street calling for Maduro to step down over high rates of crime and inflation, lack of basic foodstuffs and what they call his heavy-handed suppression of their protests.

"We have emphasized that we are looking to improve the relationship, we would like to see change," Kerry said on MSNBC television.

"Regrettably, President Maduro keeps choosing to blame the United States for things we are not doing or for things that they are unhappy about in their own economy and their own society," Kerry said.

"We are prepared to have a change in this relationship, this tension between our countries has gone on for too long in our view, but we are not going to sit around and be blamed for things we have never done," Kerry added.

Venezuela and the United States have been without ambassadors since 2008. Despite the latest dispute, Maduro's government has proposed sending Maximilien Sanchez, a former envoy to Brazil, as its new ambassador to the United States.