With US and Russia looking for ways to end treaty, experts say, this could be its last year 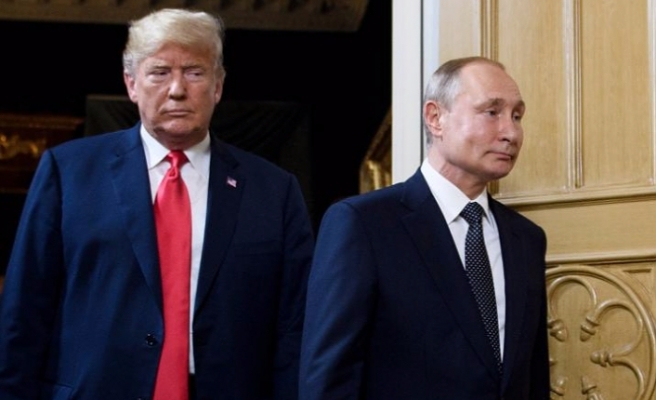 The 31st anniversary of a landmark nuclear arms treaty could be its last, analysts fear, as the U.S. and Russia look for ways to withdraw from it.

On Dec. 8, 1987 after about 10 years of negotiations then-Soviet Union leader Mikhail Gorbachev and U.S. President Ronald Reagan signed the Intermediate-Range Nuclear Forces (INF) Treaty, bringing to an end the threat of a nuclear war in Europe.

Under the treaty, both sides agreed to destroy intermediate- and short-range missiles in a span of four years.

Currently, Russia and the U.S. are engaged in a war of words -- each blaming the other of violating the treaty.

President Vladimir Putin on Wednesday blamed the U.S. for allocating funds to create nuclear missiles even before officially ending the treaty.

Earlier, U.S. Secretary of State Mike Pompeo had said that Russia was "cheating", adding that Washington will soon activate a 6-month notice period to leave the pact, raising concerns of a global arms race.

Commenting on the situation, Vladimir Tulayev, a Russian ex-intelligence service officer, told Anadolu Agency that both countries have most likely violated the treaty and are now simply playing a blame game.

"Political will once made the treaty possible and there is no such will now," he added.

This is partly confirmed by Gorbachev who describes in his memoirs the 1986 Reykjavik meeting in Iceland  as "a breakthrough" in negotiations on the INF Treaty.

“I received a message from President Reagan. I carefully read the text and came to the conclusion that it did not contain any resolutions. Of course, I could write a formal answer, but I do not like to chew the verbal gum. It was necessary to take a decisive step. So there was an idea of a meeting in Reykjavik. (...) Reykjavik became a genuine breakthrough in the areas of arms control. After it (the meeting in Reykjavik), the entire negotiation mechanism worked actively and effectively,” Gorbachev wrote.