Shaker Aamer, who has been held in the prison for 13 years without charge, is on his way back to the UK. 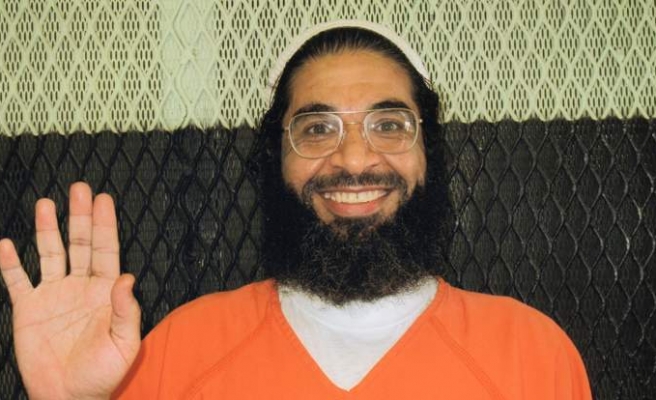 Shaker Aamer, the last British resident held in Guantanamo Bay jail, has been released and is on his way to Britain. The release was confirmed to Sky News by Foreign Secretary Philip Hammond this morning.

Mr Aamer is due to arrive back in Britain later today, Mr Hammond said.

He has been held in the prison for 13 years without trial.

His case was debated in Westminster in March and MPs lobbied Washington to speed up the transfer, which was cleared in 2007.

Mr Aamer was originally detained in Afghanistan in 2001 and accused of having links to al Qaeda.

The 46-year-old was subsequently transferred to Guantanamo Bay, in Cuba, where he has been held without charge.

Mr Aamer was born in Saudi Arabia but has British residency. His wife and four children live in London.