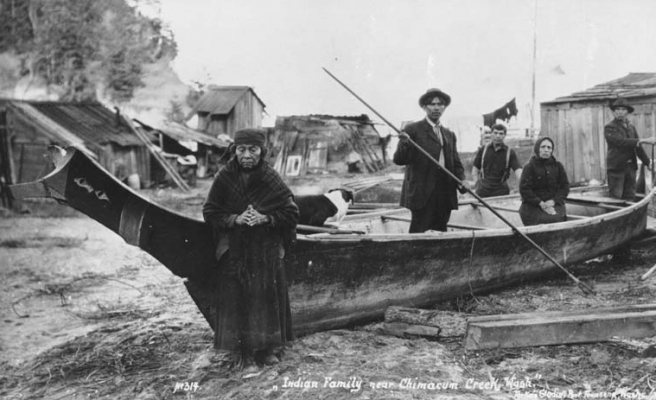 The last known native speaker of the Klallam language died in Washington state on Tuesday at age 103, friends and tribal leaders said.

The death of Hazel Sampson, who was taught the Klallam language by her parents before learning English, marks the end of an era, said Ron Allen, chairman of the Jamestown S'Klallam Tribe. Sampson died at a hospital in Port Angeles, Washington.

"It's the final chapter of one of our tribal citizens who grew up in the culture before we were exposed extensively to the non-Indian culture and language," Allen said.

"We lost an elder who kept the culture and language of the S'Klallam people fresh in the younger generation."

Starting in the 1800's, the U.S. federal government embarked on a systemic effort to eliminate the use of many Native American languages by compelling young American Indians to study and converse in English, and by sending them to boarding schools, said Chad Uran, a visiting lecturer in the University of Washington's American Indian Studies Department.

In a subsequent reversal, the Klallam language was one of several for which the federal government funded preservation programs after the passage of the Native American Languages Act of 1990.

In an effort undertaken by Timothy Montler, a linguistics professor at the University of North Texas, and with the contributions of tribal elders that included Sampson, a dictionary of the Klallam language was published.

There are currently some 3,000 Klallam members in the United States, split into three western-Washington tribes.

The vast majority do not speak the Klallam language, although it is being taught as a second language at a handful of schools on the Olympic Peninsula of Washington state, including at Port Angeles High School, Allen said.

Born in Jamestown, Sampson later became a member of the Lower Elwha Klallam Tribe, a distinction that did not exist until she became an adult, and one that she never fully recognized, Allen said.

"We became three tribes over the years, but that didn't matter to her," Allen said. "She was a citizen of the S'Klallam people. She always came from that spirit."