Administration officials argue that Obama does not need Congress' formal authorization for strikes against the militants, but they want legislators' support to show a united front 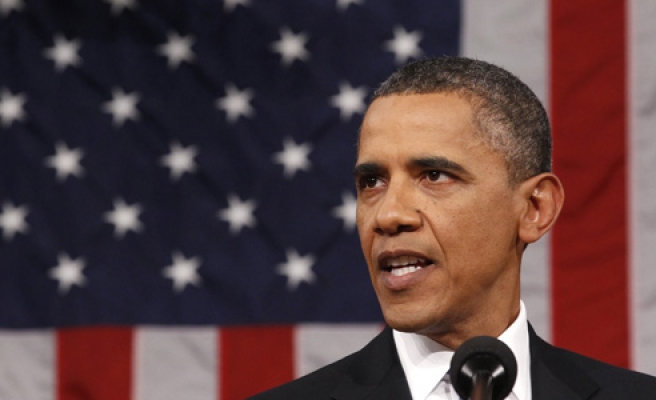 U.S. lawmakers pledged support on Thursday for President Barack Obama's plan to expand the military fight against ISIL militants in Iraq and Syria, but fears of an open-ended conflict and questions about how to pay for it could complicate any vote on the effort.

Obama sent a panel of top administration officials to the Capitol to make the case to the U.S. Congress for broadening operations against the group, including U.S. airstrikes in Syria for the first time and more military advisers in Iraq.

In a televised address on Wednesday night, the Democratic president declared he would lead an alliance to root out ISIL, plunging the United States into two conflicts in which nearly every country in the Middle East has a stake.

Administration officials argue that Obama does not need Congress' formal authorization for strikes against the militants, but they want legislators' support to show a united front both against opponents and to other nations asked to become allies.

John Boehner, the Republican Speaker of the House of Representatives, said Obama had made a "compelling case for action" in his speech.

Congress' Republican leaders generally backed Obama's plans, although they want more details. But they must work to unite various factions within their party, which include many members deeply skeptical of Obama's leadership and spending plans and others who want the United States to cut back sharply on foreign military involvement.

Boehner said Republican House members, who met on Thursday morning, have doubts about whether Obama's plan can accomplish his mission of destroying the group, which has killed thousands of people in recent months.

"An F-16 is not a strategy. And air strikes alone will not accomplish what we're trying to accomplish. The president's made clear that he doesn't want boots on the ground, well somebody's boots have to be on the ground," Ohio Representative Boehner told a news conference.

U.S. Secretary of State John Kerry has won support from 10 Arab countries for a "coordinated military campaign" against the militant group.

NO DECISIONS ON VOTE

Boehner said no decision had been made on how the House might vote on Obama's request for authorization and $500 million in funding to arm and train moderate rebels waging a three-year-long war against Assad.

Those rebels are seen as a moderate counterpart to both the ISIL group and Assad's government. Lawmakers could include money to arm them in a broader spending bill they are expected to consider next week or conduct a separate vote to authorize aid. But lawmakers harbor doubts about the Syrian rebels the United States would support under Obama's plan.

"There's a real question as to whether we have a Free Syrian Army and most of the reports I've read ... show so many different groups and not a high reliability," Representative Rodney Frelinghuysen of New Jersey, who chairs the House Appropriations Defense Subcommittee, told reporters.

Administration officials see the vote as crucial to its efforts to build an international coalition. But the timing is tricky, as such a move could be seen as a "war vote" by a war-weary public, just two months before congressional elections.

Any vote to authorize military action could prove especially tough for Democrats, whose liberal base tends to be wary of war, as the party tries to maintain a slim U.S. Senate majority in the Nov. 4 elections.

Many Republicans, aiming to capture control of both houses of Congress in those elections, have long criticized the administration for failing to take action sooner.

The beheadings in August and early September of two U.S. journalists who were held hostage by ISIL militants increased public support for action and coalesced backing from both Republicans and Democrats in Congress.

"When you cut Americans' heads off in public ... we're going to stand up and we're going to protect America, and we're going to go after you until we bring you to justice and stop you," Maryland Representative Dutch Ruppersberger, the top Democrat on the House Intelligence Committee, told reporters after the administration briefing for House members.