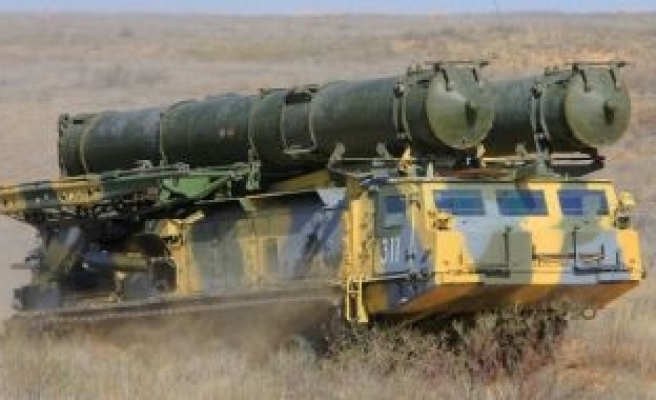 The measure, proposed on Wednesday amid U.S. concerns over Russia's actions in Ukraine, authorizes Defense Secretary Chuck Hagel to spend $220 million to begin developing a liquid rocket engine that would be made available to all U.S. space launch providers.

The legislative proposal, which would be included in the House of Representatives' 2014 annual defense policy bill, directs Hagel to develop a rocket engine that "enables the effective, efficient and expedient transition from the use of non-allied space launch engines to a domestic alternative."

The draft proposal for the National Defense Authorization Act calls for a "full and open competition" to develop an engine made in the United States that meets the needs of the national security community and is available no later than 2019.

Air Force officials have assured lawmakers their long-standing relationship with the Russian firm has not been affected by the current crisis in Ukraine, in which Moscow's forces seized control of the Crimean peninsula.

U.S. reliance on Russian engines has been a long-time concern for lawmakers, but those worries have been heightened by Russian actions Washington believes are destabilizing Ukraine.

Senators also raised concerns about U.S. dependence on Russian rocket engines at a hearing Wednesday and said they would press for work on an alternate engine.

Chief Pentagon arms buyer Frank Kendall told the Senate Armed Services Committee the United States has a license to build the Russian engines itself and could do that if necessary. But he said it would require some technical work first and that the license only goes through about 2022.

"I've never been entirely comfortable with that dependency," Kendall said. "And we have looked at it in the budget process options a couple of times to try to do something about that, but it just hasn't been affordable and we've accepted the risk."

"That risk seems to be becoming much more real," he added.

Air Force Chief of Staff Mark Welsh has said it would cost about $1 billion and take about five years for Pratt & Whitney, a unit of United Technologies Corp, to start co-producing the Russian rocket engine.

Some sources familiar with the issue said the cost would be closer to $700 million and take three to four years.

Lawmakers also have been concerned about the lack of competition among firms that carry out launches.

Elon Musk, the company's chief executive, said the contract blocks companies like SpaceX, whose costs he said are far lower than those of ULA, from competing for national security launches.

SpaceX says its rockets are American made.

Senator John McCain, a member of the Senate Armed Services Committee, told the panel U.S. dependence on Russian President Vladimir Putin for rocket motors was a reason "we should be looking desperately for competition" in space launches.